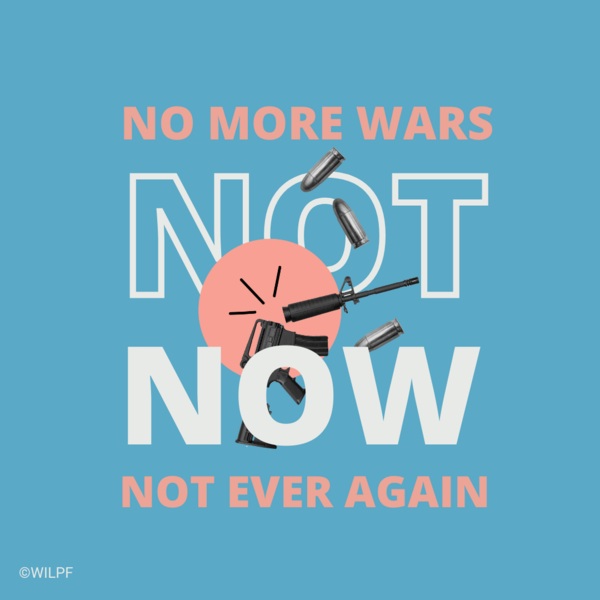 To stand in solidarity and show support to the people of Ukraine, particularly the women who are being forced to flee with their families and the activists taking on the role of humanitarian responders, please consider supporting some of Channel’s longtime partners who are set up to get funds directly to grassroots groups on the ground and who are actively engaging in advocacy around ending this war.

Getting Funds to the Ground

Channel Foundation’s long time partner the Urgent Action Fund has set up a Ukraine Response Fund and is providing flexible rapid response funds and support directly to women human rights defenders/activists on the ground. They are actively responding to requests from groups and individuals seeking:

Front Line Defenders, which advocates on behalf of human rights defenders (HRDs) and supports them with emergency protection grants, are currently focused on the following actions vis a vis Ukraine and surrounding countries:

They are providing broader support to HRDs initiatives and groups in the country (e.g. grants to finance a shelter, relocate an office, bridge funding, rehabilitation and psycho-social support).

OutRight Action International started a Ukraine Fund to support the LGBTIQ community in crisis there and in surrounding areas. They are channeling funds to LGBTIQ groups in Ukraine, and for shelter and support in nearby countries.

In addition to this, they are also planning to support 4-5 additional new groups in Ukraine. Activist panelists are meeting to look at how best to support activists they are in touch with. With panelists and feminist allies, they are currently compiling a list of young feminist groups and emerging collaborations that they understand need support at this time.

They encourage people to direct resources to the Ukrainian Women’s Fund and the Urgent Action Fund. In addition, Purposeful can pass through funds to young activists in Ukraine on behalf of any other public foundations without overhead charge/operating fees. They are currently using informal mechanisms.

Channel partner FRIDA has been in touch with their five grantee partners and advisors in Ukraine to see where FRIDA could support them. They have shared contacts for emergency evacuation support, and are supporting the grantees with additional funds and emergency grants. FRIDA also recognizes that they don’t have extensive emergency support systems in place, so whenever larger financial support is needed, they connect the groups with the Urgent Action Fund. FRIDA’s grantee partner from Ukraine, the Feminist Workshop, has a separate fundraiser: femwork.org/warinukraine/.

Since the beginning of the war in Ukraine on Feb. 24, 2022, the Polish Feminist Fund, FemFund, has been reaching out directly to organizations and groups providing direct support to refugees and people on the move. Channel has given them extra support for their work.

Sexual and Reproductive Health and Rights

Since the start of the Russian invasion, Fòs Feminista, an international alliance for sexual and reproductive health, rights, and justice, has been focused on getting support to their partners in Eastern Europe, the Central and Eastern European Network for Sexual and Reproductive Health and Rights (ASTRA), which has been working for more than 20 years with organizations in 21 countries in the region, including two in Ukraine where they provide health services, promote sexuality education, and implement harm reduction projects to prevent HIV.  ASTRA as well as the Federation for Women and Family Planning (FEDERA), their member in Poland, have been providing support to thousands of women and girls seeking sexual and reproductive health care.

In addition, they are working on compiling a list of active OPDs who are willing and able to accept contributions.

Women Enabled International (WEI), which focuses on the rights of women with disabilities, put out a statement of solidarity when the attack began and have been sharing resources and appeals from their partners in the region on social media platforms.

Channel’s partner the Women’s International League for Peace and Freedom (WILPF) has put out a call to European governments to de-escalate the conflict in Ukraine and is posting frequently on social media and in blog posts.

The Global Network of Women Peacebuilders has put out Solidarity Statement and an Appeal for the immediate cessation of hostilities in Ukraine and respect of international Human Rights and Humanitarian laws.

Global Fund for Women (GFW) has also put out a statement and is directing donations to UAF and the Ukrainian Women’s Fund.

Prospera, the International Network of Women’s Funds has also issued a statement and a call to action about getting support to women in Ukraine and in surrounding countries via the following women’s funds: Ukrainian Women’s Fund, FemFund Poland, the Bulgarian Fund for Women, and Urgent Action Fund for Women’s Human Rights (UAF).

Channel is also an active member of several donor affinity groups who are helping to coordinate philanthropic response to the crisis and are collaborating even more closely than before.

The EDGE Funders Alliance launched a regular call focused on coordinating response amongst its members and started a critical sharing of resources.

Alex Toma, the Executive Director of the Peace and Security Funders Group, penned this op-ed in the Chronicle of Philanthropy decrying the very small amount of funding going to work in this space.

Gender Funders CoLab, in collaboration with Philea, and European donor networks and foundations, launched the integrated online portals PhilanthropyForUkraine.eu and NGOforUkraine.eu. The initiative aims to better coordinate the efforts, initiatives and calls for donations from the European philanthropy sector and NGO community in Ukraine and neighboring countries.

The portals will directly support the work of two key stakeholders:

– (I)NGOs and grassroots organizations, to communicate their needs to a wide community of donors; and to navigate the offers made by funders.

– Philanthropic organizations, to understand and respond to the needs of (I)NGOs and grassroots organizations; to share updates on resources mobilized to support Ukraine; and to understand which pledges and commitments are being made by their peers; and .

A simple online template allows both stakeholders to publish their efforts directly to the portals in their own languages.

Since the portal was just launched, Gender Funders Co-Lab are working with folks to upload info from feminist groups and funds in the region to make their needs visible to more European donors.

The Human Rights Funding Network (HRFN) put out a statement looking at the philanthropic community’s response to date and calling for more to be done.

Your ticket for the: Solidarity with Ukraine