The mission of the Women’s International League for Peace and Freedom (WILPF) is to end and prevent war, ensure that women are represented at all levels in the peace-building process, defend the human rights of women, and promote social, economic and political justice.

WILPF’s theory of change is that by addressing the root causes of violence with a feminist lens and by mobilizing for nonviolent approaches to security and justice, WILPF can contribute to feminist peace for equality, justice, and demilitarized security. WILPF believes that feminist peace requires breaking down of silos that exist by advocating for the inclusion of a gender analysis into policy and by decision-makers and institutions at all levels.

Jane Addams founded WILPF along with 1,200 women who came together in The Hague during the First World War in 1915. The organization’s first president, Addams was the first American woman to win the Nobel Peace Prize, which she received in 1931. The Jane Addams Peace Association (JAPA), the 501(c)3 educational affiliate of WILPF U.S., was founded in 1948 “to foster a better understanding between the people of the world toward the end that wars may be avoided and a more lasting peace enjoyed.” WILPF is the oldest women’s peace organization in the world. 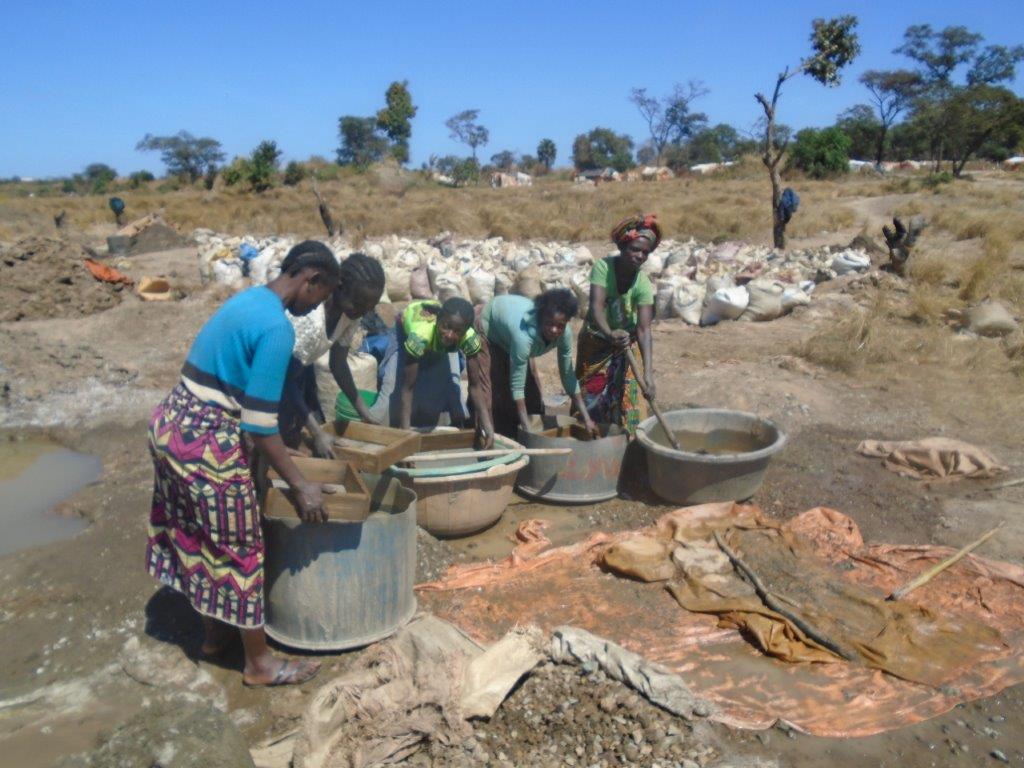 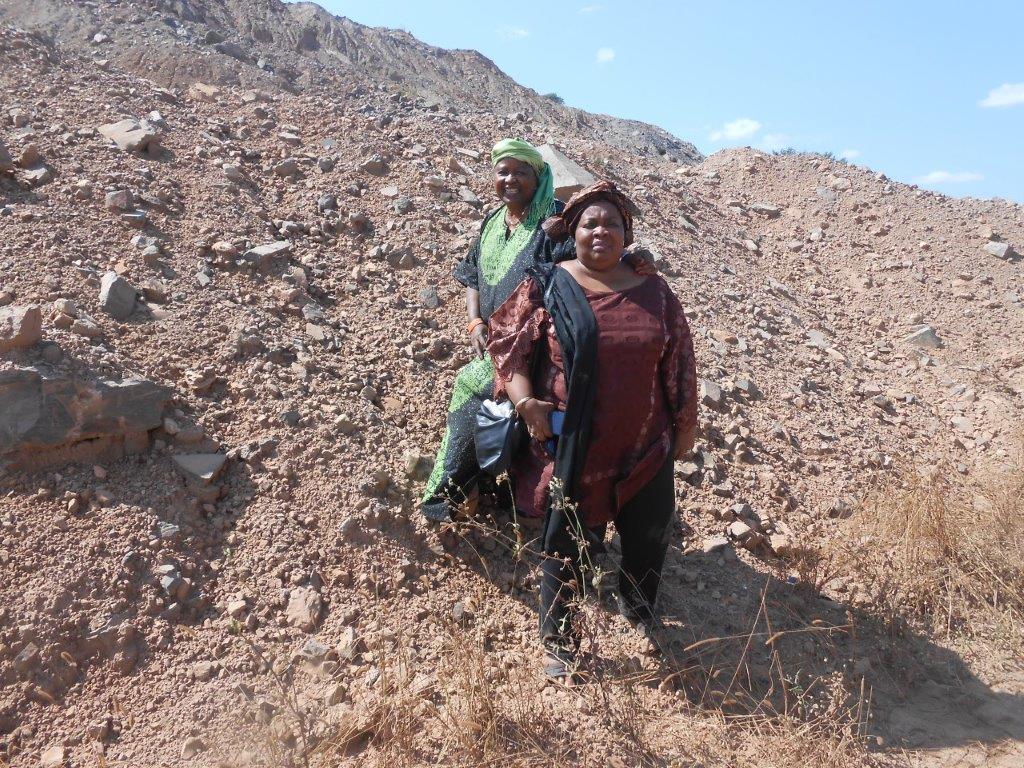 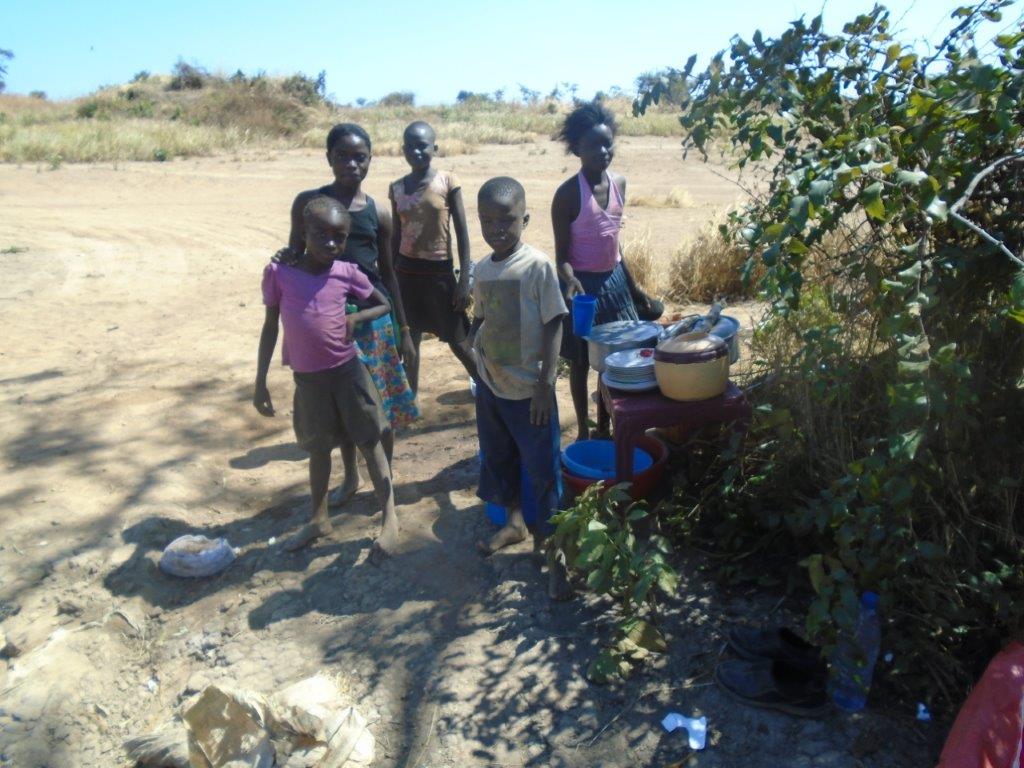 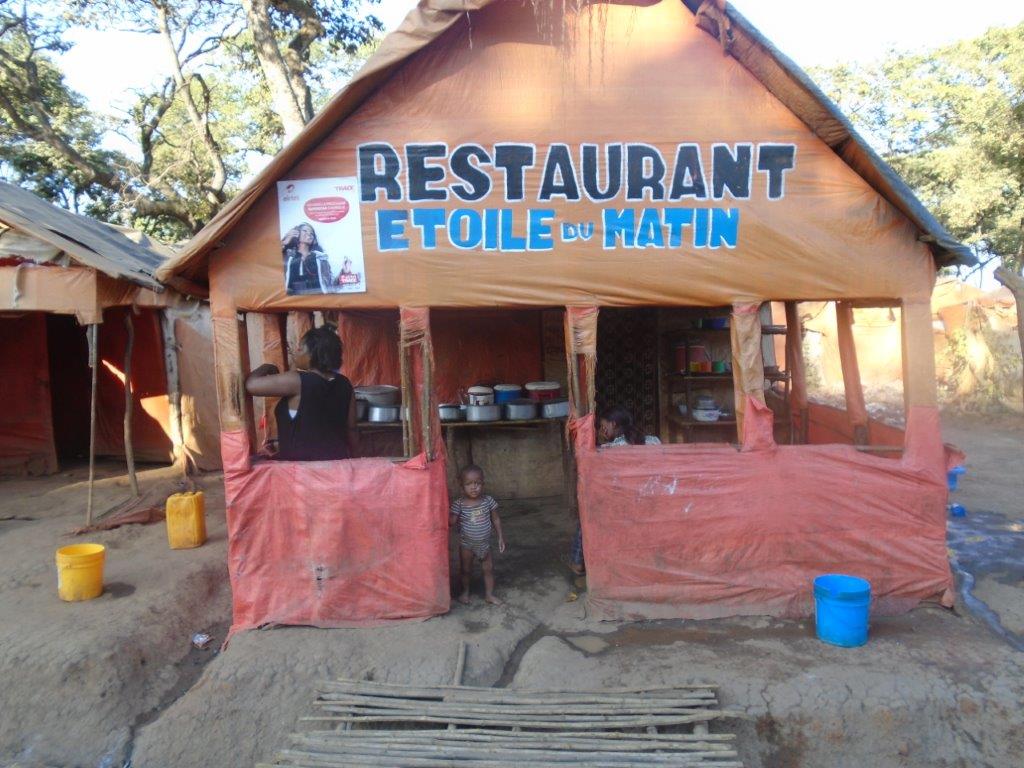 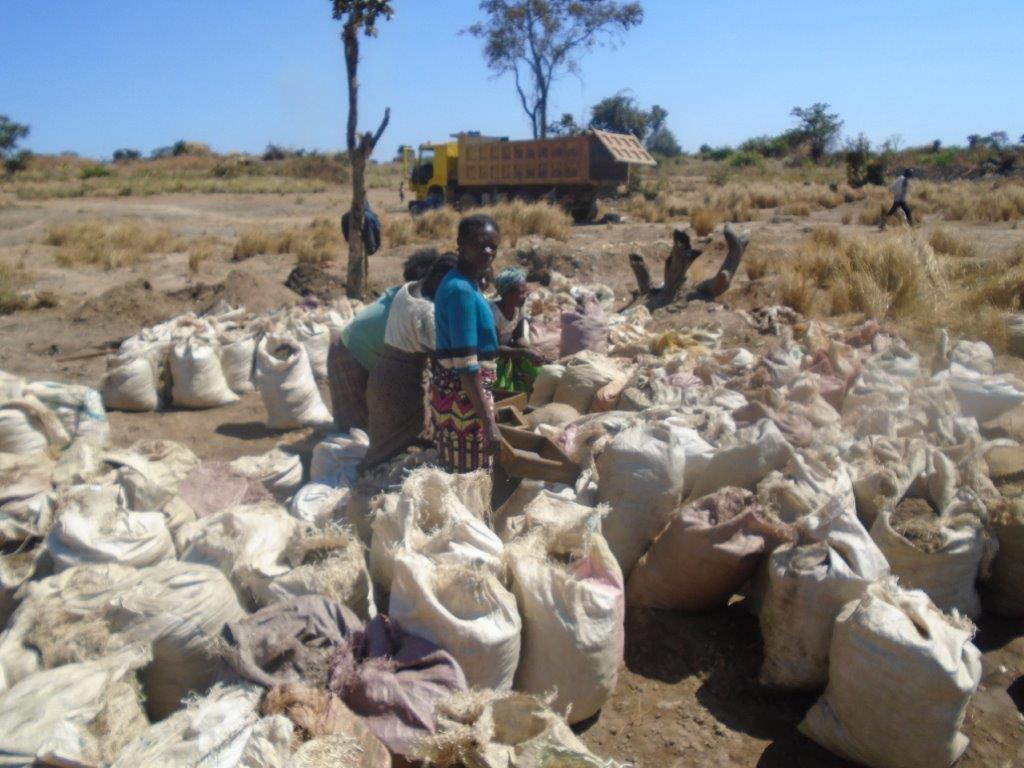 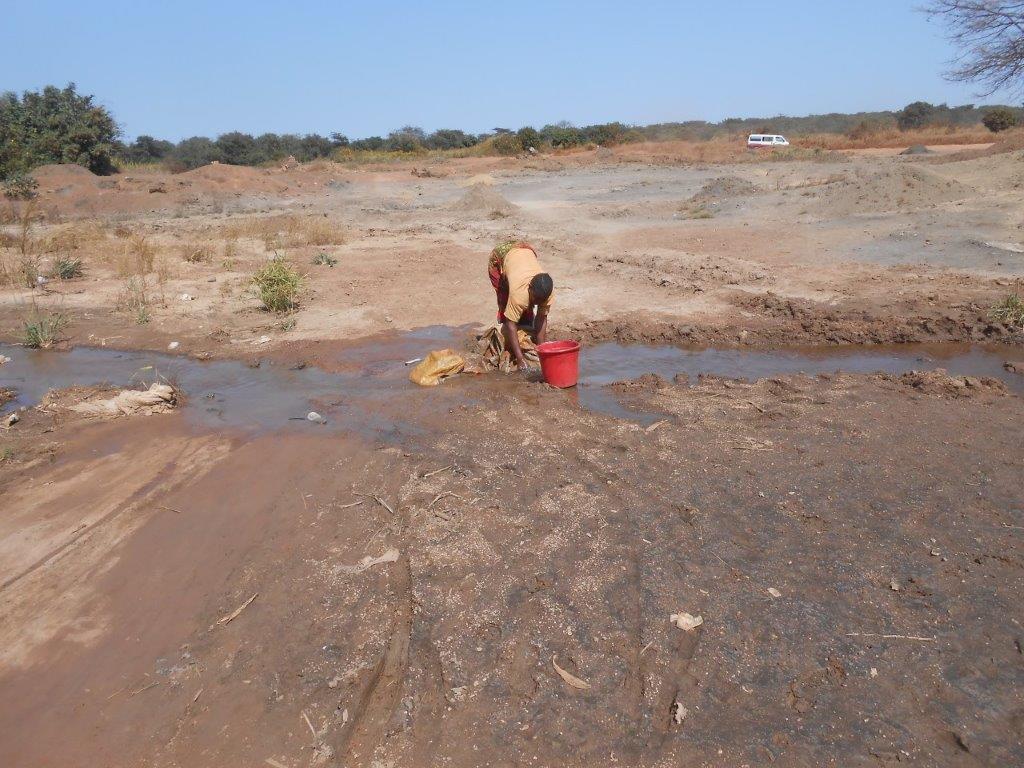 2021-24: Channel made a three year grant to Women’s International League for Peace and Freedom International (WILPF) to support their work strengthening the active engagement of women peace activists from WILPF African sections with human rights advocacy.

WILPF has a long time focus on Africa, two of their Focus Countries are Nigeria and Cameroon, and they currently have 19 country sections in Africa in total.

2015-2020: Channel made annual grants to Women’s International League for Peace and Freedom International (WILPF) to support their Human Rights Program, particularly the strengthening of their African sections and their participation in the organization’s international human rights advocacy work. A list of all current and emerging WILPF Sections can be found here.

As an organization, WILPF has long emphasized local and regional leadership within its Country Sections at the same time that it has demonstrated the power of a global network.

For many years WILPF has been steadily growing its network in Africa helped in part by the remarkable leadership of women like Joy Ada Onyesoh who was named International President of WILPF in 2018.

Since 2018, the organization has been growing by leaps and bounds in Africa.

Prior to the 2018 Triennial, WILPF hosted a forum on the Feminist Peace Movement in Africa at the University of Ghana in Accra.  The forum aimed to bring together peace activists from across Africa and globally to create a space in which to mobilize feminist solidarity for strong and innovative non-violent work in Africa.  Other conversations included looking at the synergies between African and Global feminist peace movements and also included a particular focus on mediation efforts and peace process. The excitement of the meeting was captured in these videos.

In 2019 and 2020, Channel funds were used to support further advocacy and engagement opportunities such as those presented by the UN Human Rights Council, CEDAW, The Universal Periodic Review process, country review by UN Human Rights treaty bodies, and many more.

2014: Channel made a grant to WILPF to support their 100th Anniversary Event in The Hague in April 2015 and their Women’s Power to Stop War Campaign.

2013: Channel made a grant to WILPF to support the Women’s Power to Stop War campaign, the “global movement of WILPF aimed at celebrating a century of peacemaking from a gender perspective.”

2012: Channel made a grant to WILPF to support a planning and capacity building process around WILPF’s 100th anniversary campaign, “Women and Peace 2015.”

As the oldest women’s peace organization in the world, WILPF marked its centennial in 2015 and undertook to create a new security agenda and to get the attention of decision-makers as well as women’s grassroots movements about the need for greater connection between women’s security, human rights, development and disarmament.

The campaign helped to build capacity and strengthen WILPF sections particularly those in the Global South and/or conflict areas (Albania, Bolivia, Chile, Colombia, DRC, French Polynesia, India, Israel, Lebanon, Mexico, Nepal, Nigeria, Pakistan, Palestine, Peru, Philippines, and Sri Lanka) as they carried out the launch of the campaign in their own local and national contexts.

2011: Channel made a grant to the Jane Addams Peace Association (JAPA) to support public education through a series of civil society consultations concerning the creation of a U.S. National Action Plan on Security Council Resolution 1325 (SCR1325) conducted by its affiliate, the Women’s International League for Peace and Freedom (WILPF) U.S. or WILPF-US, in five cities in September and October 2011.

The purpose of the gatherings was to bring women and allies to the table to collectively voice their concerns and have an impact on the implementation of the US National Action Plan on SCR1325. These meetings were intended to inform the public and help disseminate information on SCR1325; to publicize the issue through the media; and to help convene local leaders and connect them with national policymakers. See the Impact section below for more.

The Women’s Power to Stop War Anniversary Atlas, launched in May 2014, is an interactive timeline created by WILPF that enables people to view the dynamic past, present and future activities of women peacemakers through a global lens. Most importantly, it is the first time that the work of women peacemakers comes together to clearly demonstrate what the collective strength of women’s power to stop war looks like on a global scale through a fun and accessible online forum. The Atlas is an ongoing project facilitated by WILPF, where all peacemakers are able to add past and future events to the Atlas to put women’s power to stop war on the map once and for all. The Atlas is part of the global Anniversary movement of WILPF, Women’s Power to Stop War which connects, strengthens and celebrates the work of women peacemakers from all around the world and culminated at the major international conference on Disarmament, Gender and Peace of the century.

On Dec. 10, 2013 WILPF announced the launch of PeaceWomen’s new, expanded and revised mobile application on Women, Peace and Security. This app allows you to access updated information on the Women Peace and Security (WPS) agenda from anywhere and everywhere. Although it fits in the palm of your hand, this app acts as a powerful tool to monitor the international community’s progress on integrating gender into its laws and policies. By providing up-to-date information into app users’ hands, WILPF hopes to empower activists at all levels.

On March 8, 2013 WILPF launched the Women’s Power to Stop War campaign in preparation for their 100th anniversary. 1,136 visionary women came together to participate in the second women’s peace and security conference of a century in April 26-29, 2015, in the World Forum in the Hague where 1,136 women came together to stop WWI in 1915.

The WILPF-US consultations in five cities across the U.S. in 2011 resulted in 64 Recommendations for implementation of UN SCR 1325 in the NAP, arising from what women in the U.S. articulated as constituting peace and security from a “human security” perspective.

On Dec. 19, 2011, President Barack Obama released the first-ever U.S. National Action Plan (NAP) on Women, Peace, and Security, complete with an accompanying fact sheet and Executive Order directing the plan to be implemented. Secretary of State Hillary Clinton’s announcement about the U.S. NAP and accompanying video can be viewed here.

In conjunction with these historic events, WILPF-U.S. launched its Final Report of the Civil Society Consultations on the Development of the U.S. National Action Plan on Women, Peace and Security with the U.S. State Department.

Your ticket for the: Women’s International League for Peace and Freedom (WILPF)