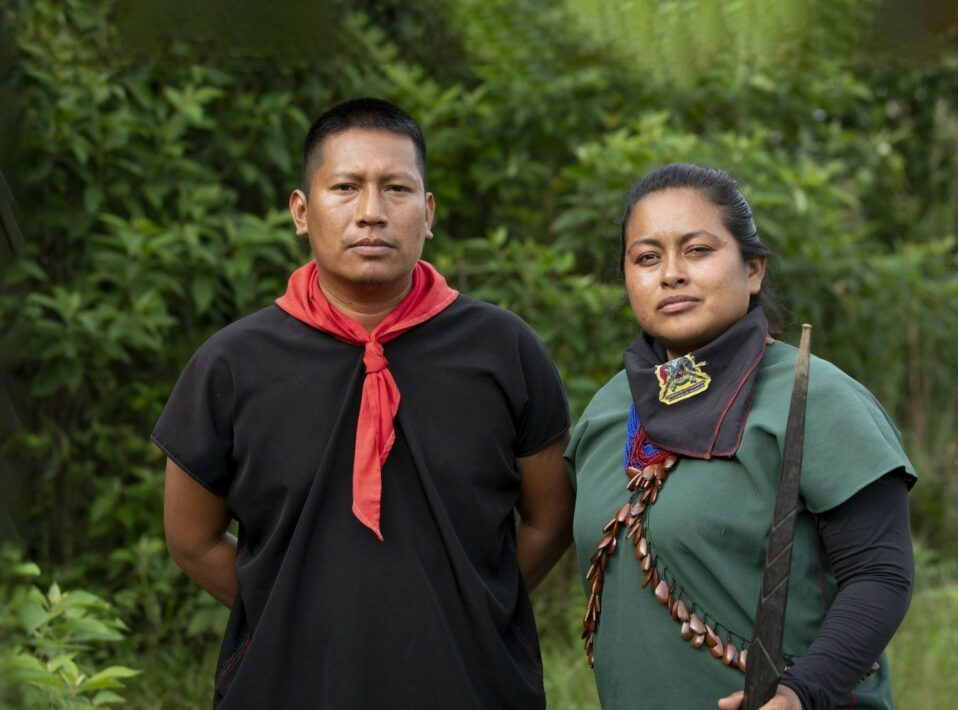 On May 25, 2022, the Goldman Environmental Prize honored Alex Lucitante and Alexandra Narvaez, grantees of Channel partners Global Greengrants and Cultural Survival. The Goldman Prize, which has become the world’s most recognized and celebrated environmental prize since it was first awarded in 1990, is awarded to leaders making a difference in advancing environmental rights in their communities and regions. This year’s prize for Latin America recognizes the Ecuadorians’ leadership in the community of Sinangoe’s struggle to protect their ancestral territory in Ecuador from gold mining. The roughly 200 Cofán people of Sinangoe depend on the forest and rivers in and around their territories for food, drinking water, and sacred medicinal plants as detailed in a Business Insider article about the winners.

This award is also exciting for former Channel partner Digital Democracy, which worked closely with the people of Sinangoe when illegal miners began crossing into their territory to prospect for gold. With support from Digital Democracy, in 2017 the community created La Guardia de Asentamiento Ancestral Cofan de Sinangoe (La Guardia) to patrol their territory, collect evidence with GPS, drones, and camera traps, and confront and evict the illegal miners.

La Guardia is also a grantee of Channel partner Cultural Survival through their Keepers of the Earth Fund, which is an Indigenous-led fund designed to support Indigenous People’s community advocacy and development projects.

This is an incredible win for Indigenous people everywhere who are risking their lives to defend their lands, cultures, and climate.

Your ticket for the: Goldman Environmental Prize Honors Indigenous Land Defenders from Ecuador