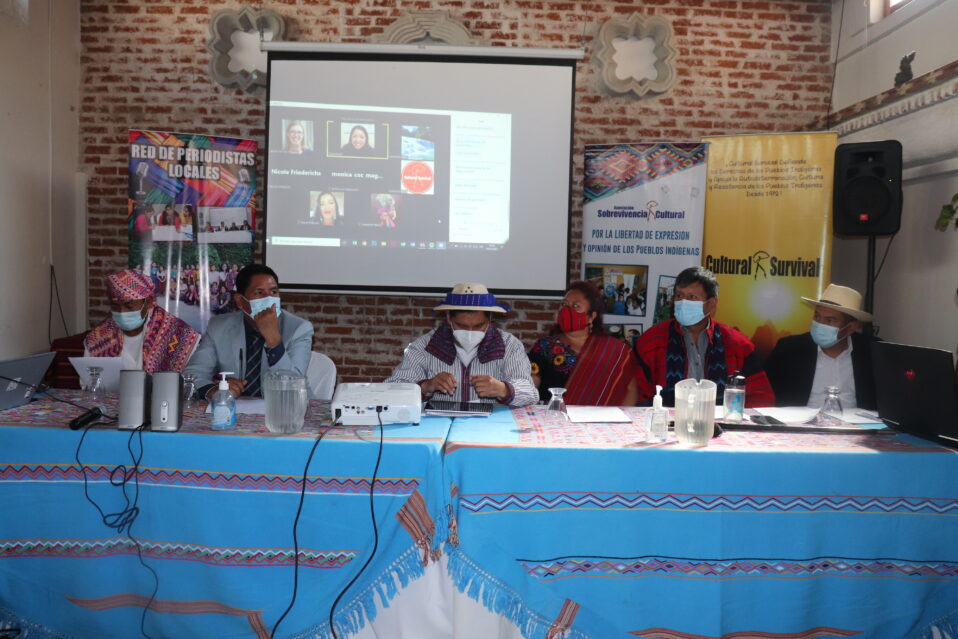 On December 17, 2021, the Inter-American Court of Human Rights (IACHR) ruled that Guatemala was “internationally responsible for the violation of the rights to freedom of expression, equality before the law, and participation in cultural life” of Indigenous Peoples. On December 28, Channel partner Cultural Survival held a press conference to clarify the importance of this ruling, along with Guatemala-based Asociación Sobrevivencia Cultural, Suffolk University Human Rights and Indigenous Peoples Clinic, and Asociación de Abogados Mayas.

In its ruling, the IACHR specifically found the State of Guatemala to be in violation of Indigenous Peoples’ right to freedom of expression through the General Telecommunications Law, which denied these peoples access to radio frequencies. As a result, the Court ordered that the four affected Indigenous community radio stations must be recognized by the Guatemalan government and financially compensated. Decisions made by this Court are binding, which means that the State of Guatemala must comply with these orders.

This IACHR decision is vitally important as Indigenous community radio broadcasters in the region have often historically suffered threats, harassment and violence or had their stations, technology and tools and/or broadcast licenses seized by state and non-state actors.

Your ticket for the: Cultural Survival Celebrates Court Win for Indigenous Peoples in Guatemala