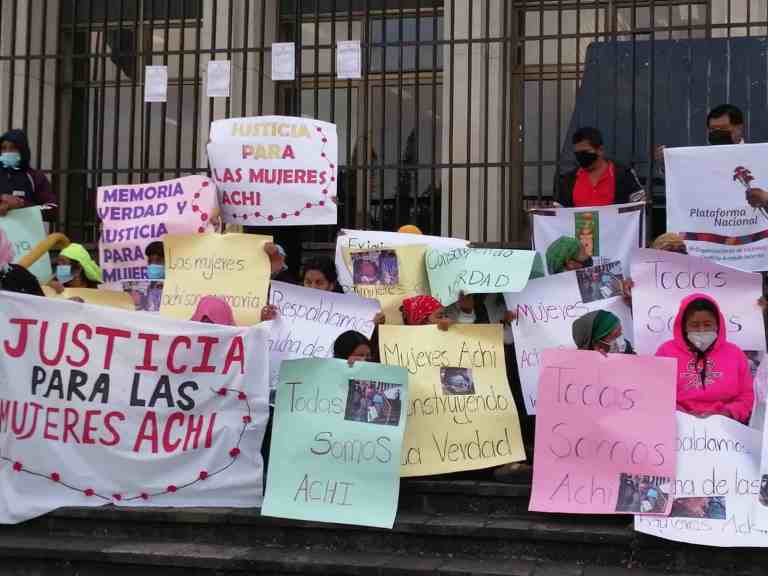 On January 24, 2022, Guatemala’s highest court convicted five men for the rape of 36 Indigenous Maya Achi women during the height of the country’s civil war in the 1980s. The men, who were members of a paramilitary group called the Civil Self-Defense Patrols, have each been sentenced to 30 years in prison —the maximum sentence for crimes against humanity.

This landmark victory comes as a result of years of mobilizing by the women affected with the support of Asociación Bufete Jurídico Popular de Rabinal (the Law Association of Rabinal, or ABJP) and Channel partner the Fund for Global Human Rights (FGHR). Since the ABJP took on the case in 2011, FGHR has provided flexible support and helped to promote the women’s well-being and the safety of those assisting them.

This case, among others, has highlighted the use of sexual violence by the Guatemalan military as part of its strategy during the war. According to a United Nations-backed truth commission, 83% of the victims of atrocities committed as part of Guatemala’s armed conflict were Indigenous Mayans and the Guatemalan military was responsible for 93% of all human rights violations. In its verdict for the case, the court recognized the systematic and generalized nature of sexual violence against Achi women during the war.

This is only the second time that former military or paramilitary members have been tried for sexual violence against women during the conflict, making this victory monumental for sexual violence survivors in Guatemala. “For the women, it has been very important to come to speak, to expose their truths, because it vindicates them before society,” said Lucia Xiloj, one of the lawyers involved in the case.

Your ticket for the: Indigenous Women in Guatemala Win Landmark Sexual Assault Case