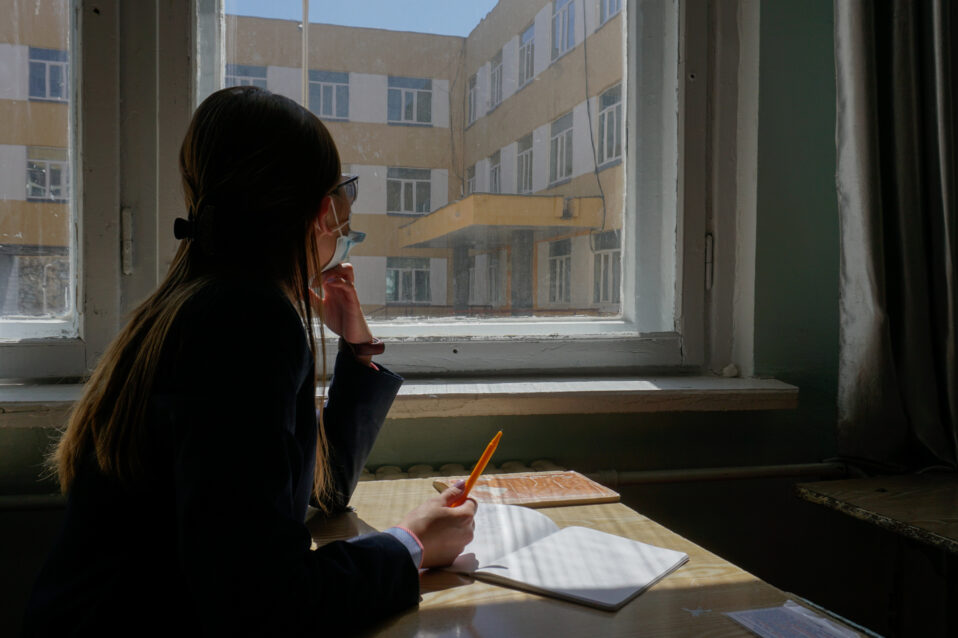 In a June 2021 article for Channel partner Global Press Institute, reporter Khorloo Khukhnokhoi brought attention to the practice of virginity testing on teenage girls in Mongolian schools. In November 2021, Mongolia’s Ministry of Health and Ministry of Education issued a joint regulation making the practice punishable.

In November 2021, Mongolia’s Ministry of Health and Ministry of Education issued a joint regulation stating that anyone carrying out virginity tests in the country’s schools would be punished. These tests, which were conducted annually on teenage girls without their consent, have been a common practice in Mongolian schools since the 1990s.

Out of frustration with these exams, 250 girls from secondary schools and universities across the country came together in 2015 to form the Young Voices Group, which advocated for the end of virginity testing.  The efforts of this group were validated in 2018 when the United Nations condemned the practice as an act of violence that “degrades teenage girls, cause them psychological trauma and violates their sexual rights.” In the same year, the UN Human Rights Council, UN Women, and the World Health Organization (WHO) criticized virginity tests as a “medically unnecessary, and oftentimes painful, humiliating and traumatic practice [that] must end.”

Despite these statements, a 2020 Save the Children survey revealed that many schools were still conducting virginity tests. Khukhnokhoi’s article was successful in bringing more attention to this continuing problem, receiving widespread local and global readership. Many advocates claimed that the Mongolian government’s recent regulation punishing the practice may be, in large part, due to the power and reach of Khukhnokhoi’s article. The Global Press Institute has created a graphic impact timeline of the events leading up to this success, which can be found here.

The Global Press reporter continues to investigate the issue, monitoring the effectiveness of the government regulation, and continuing to demonstrate the power and importance of diligent journalism by reporters who come from the communities they cover.

Update: Khukhnokhoi’s follow-up article, which revealed the fact that the practice of so-called “virginity testing” continued despite the government ban, led to a July 25, 2022 PBS News Hour interview to share the details of her investigation.

Your ticket for the: Global Press Article Contributes to Ban on Virginity Testing in Mongolia