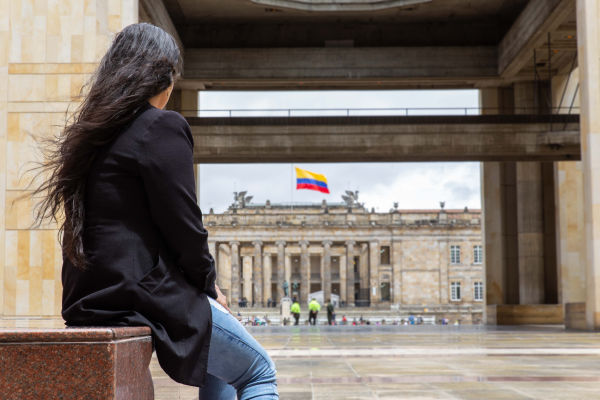 During the armed conflict in Colombia, the FARC guerrilla group recruited 14-year-old Helena and forced her to use contraceptives and to have an abortion in inhumane conditions. “You can’t have kids here,” they told Helena.

Ten years later, Helena was still suffering from physical and psychological consequences that she was unable to obtain any assistance for. WLW accompanied Helena before the Colombian Special Jurisdiction for Peace (JEP) to get justice for the widespread and systematic contraceptive and abortion practices within the guerilla group. During the week of December 12th, 2019, the Constitutional Court of Colombia ruled that Helena “should be considered a victim of the conflict in Colombia.” This ruling sets a precedent for Helena and other women and girls who were also victims of sexual and reproductive violence while in the ranks of illegal armed groups. The result of the decision allows Helena and others the right to access essential physical and psychological healthcare,” along with other forms of reparations.

The historic win has had a global impact. Helena’s story can be heard here.

WLW is breaking the tradition of silence–submitting to the JEP the first-ever report that documents the violations of reproductive rights of women and girls within the FARC guerilla groups. “This is an opportunity to set an important international precedent about these often-invisible human rights violations.” You can review the executive summary of the report (only in Spanish) here.

*Name has been changed by WLW to protect their client’s identity.

Your ticket for the: WLW’s Historic Win In Colombia