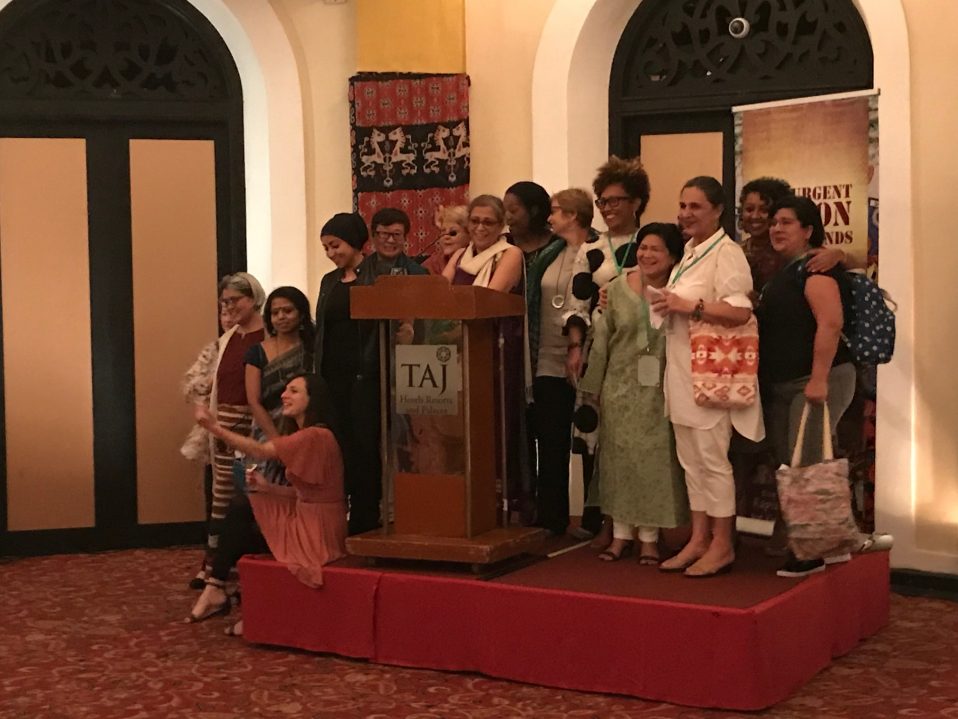 Over one hundred women’s human rights advocates and donors gathered in Colombo, Sri Lanka Oct. 24, 2017 to celebrate the launch of Urgent Action Fund for Women’s Human Rights Asia & Pacific (UAF-AP), the newest sister fund of the Urgent Action Fund Consortium, and the first rapid response mechanism for women human rights defenders (WHRDs) headquartered within the Asia Pacific region. Channel is thrilled to support the launch and set-up of UAF-AP.

The launch was part of the Prospera – International Network of Women’s Funds Biennial Conference Building Resilience and Resistance Oct. 23-26, 2017.

UAF-AP will be co-directed by Virisila Buadromo, former Executive Director of the Fiji Women’s Rights Movement, and Mary Jane Real of the Philippines, a founding member and former Coordinator of the Women Human Rights Defenders International Coalition and previous Regional Coordinator of Asia Pacific Forum on Women, Law and Development.

Kamala Chandrakirana, current member of the UN Working Group on the Issue of Discrimination Against Women in Law and in Practice and founder of Indonesia’s National Commission on Violence Against Women, spoke at the launch in her role as UAF-AP Chairperson of the Board.

Subha Wijesiriwardena, prominent Sri Lankan feminist, delivered the launch event’s keynote, Intergenerational feminisms & sustaining our radical movements.  In her address, Subha referenced her renowned mother, activist Sunila Abeysekera, who passed away in 2013: “in 2005, my mother Sunila Abeysekera convened more than one hundred women human rights defenders from all over the world, at this very location. Sometimes, in moments where I am particularly angry about how socially regressive Sri Lanka is becoming, I have tried to picture that conference full of women, all kinds of women – and I have often thought sadly that such a radical, powerful gathering of women could never occur in Sri Lanka again. Maybe we are going to prove them wrong.”

Regarding the creation of the UAF-AP Subha discussed how, “the importance of a fund like Urgent Action Fund in Asia therefore is ever clearer: we hope that its work in our region will enable women’s / feminist groups who foreground marginalized feminist issues, which are critical, ignored and under-funded, to continue on their journeys and be strengthened; that it will enable Sri Lankan feminist activists and organizations to do radical activism and take ideological leadership in the moments that truly matter.”

Your ticket for the: Asia Pacific Fund for WHRDs Launched