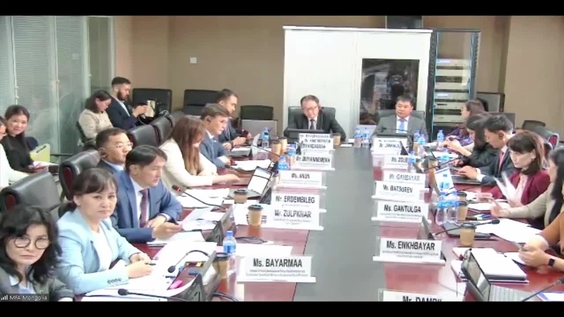 Representatives of the Mongolian Women’s Fund (MONES), a Channel grantee partner since 2007, participated in the 82nd CEDAW Session (June 13, 2022 – July 1, 2022) in Geneva, Switzerland and helped ensure that the concerns of women from Mongolian civil society were included in the CEDAW Committee’s Concluding Observations to the official government delegation of Mongolia.

The Convention on the Elimination of All Forms of Discrimination against Women (or CEDAW) is an international legal treaty and a tool that helps women around the world bring about change in their daily life.  In countries that have ratified the treaty, CEDAW has proved invaluable in opposing the effects of discrimination, which include violence, poverty, and lack of legal protections, along with the denial of inheritance, property rights, and access to credit.

The Committee on the Elimination of Discrimination against Women (CEDAW Committee) is the body of independent experts that monitors implementation of the Convention. The CEDAW Committee consists of 23 experts on women’s rights from around the world.

Part of a country’s obligations under the treaty is the requirement to submit periodic updates on its progress on meeting targets of gender equality. The CEDAW Committee asks for input from civil society groups so they can accurately assess  a government’s official submission or periodic report. Civil society groups have realized that submitting alternative reports can assist the Committee and can help them to make their advocacy points.

MONES representatives originally presented their 10th alternative (or “shadow”) report on the implementation of the CEDAW Convention in 2019. The shadow report was developed collaboratively by 19 women’s non governmental organizations (NGOs) and was based on a survey report entitled “The status of women’s rights in Mongolia 2015-2019.”  The report covered issues related to all 16 articles of the CEDAW treaty and provided recommendations to the Committee.

MONES representatives also participated in the From Global to Local training and mentoring program led by International Women’s Rights Action Watch -Asia Pacific (or IWRAW-AP), another Channel partner, to help them prepare for the CEDAW Review Session.

Then, at the 2022 CEDAW Review Session, MONES representatives additionally submitted an oral statement and shared their “Concluding observations on the tenth periodic report of Mongolia,” which were adopted by the Committee at the Review Session.

Observations directed to the Government of Mongolia included, for example:

MONES’ Concluding Observations were then submitted to the Government of Mongolia with the goal of ensuring implementation of their recommendations and improving the status of Mongolian girls and women’s rights.

A video record of the consideration of Mongolia’s submission to the 82nd CEDAW Session can be viewed here.

Your ticket for the: Mongolian Women’s Fund Influences CEDAW Process