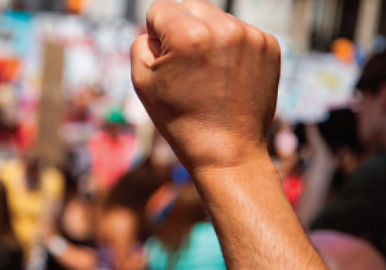 In January 2022, Channel partner Front Line Defenders (FLD) released a report featuring accounts from women human rights defenders (WHRDs) on the impact of ongoing Pegasus spyware attacks.  In addition to its report on Pegasus attacks, FLD recently released its 2021 Global Analysis, which looks at trends, key issues, and developments related to HRDs’ work around the world over the past year.  Pegasus, which was developed by Israeli surveillance firm NSO Group, is spyware that exploits vulnerabilities in a victim’s device to extract data, including emails, texts, microphone, camera, passwords, location, and contacts.

This report comes after an investigation led by human rights organization Amnesty International and journalist network Forbidden Stories called the Pegasus Project, which found that the Israeli tool was being used to spy on journalists, human rights defenders (HRDs), and political activists. Shortly after these findings, FLD conducted its own investigation, which revealed that two women HRDs from Bahrain and Jordan had been hacked using Pegasus spyware. Pegasus attacks are especially traumatizing for women, given how governments have used personal information extracted from spyware to intimidate, harass, and publicly tarnish victims’ reputations. As a result, women targets live in constant fear, isolated from their social lives, work, and activism.

In addition to its report on Pegasus attacks, FLD recently released its 2021 Global Analysis, which looks at trends, key issues, and developments related to HRDs’ work around the world over the past year. In one section, FLD touched on the use of “gender ideology” as a concept by anti-rights actors to spread fear about the work of HRDs advocating for women’s rights and LGBTIQ+ rights. One example came from former Channel partner AWID, which documented that Colombian voters narrowly rejected a peace agreement after ultra-conservative organizations led a campaign claiming the agreement was “contaminated” by “gender ideology” because it recognized the unique impact the conflict had on women and LGBTQI people. The Global Analysis also documented a trend of homophobic and anti-trans bills in 2021, accompanied by increased accusations that HRDs fighting for gender justice are promoting a “sinister” ideology.

Your ticket for the: FLD Details Threats to WHRDs Including Pegasus Attacks