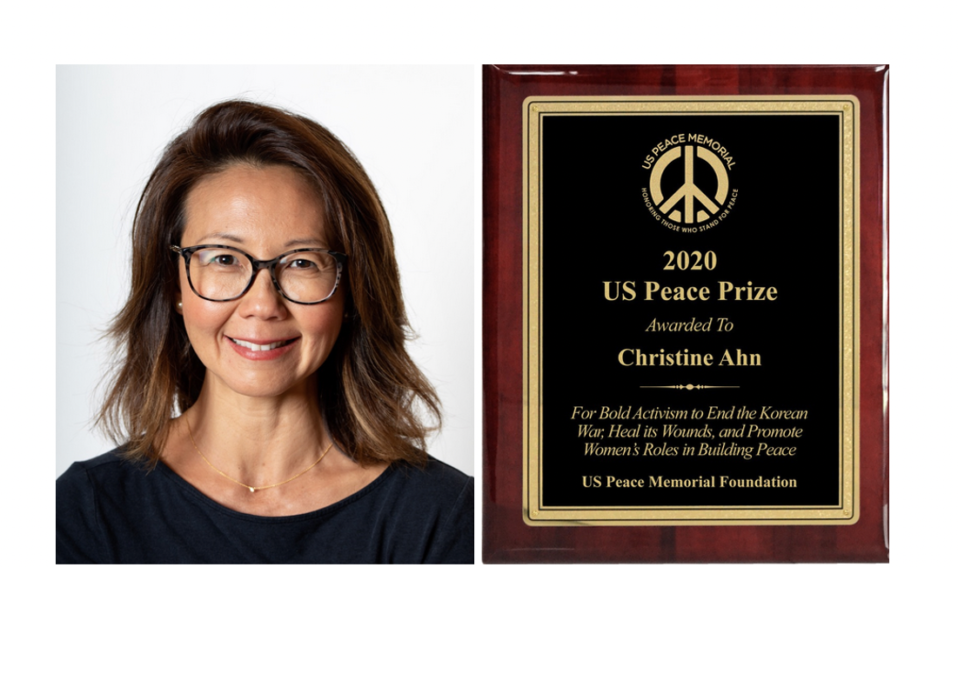 The Board of Directors of the US Peace Memorial Foundation unanimously voted to award the 2020 US Peace Prize to Channel grantee partner Women Cross DMZ (WCDMZ) Co-Founder, Christine Ahn, for her “bold activism to end the Korean War, heal its wounds, and promote women’s roles in building peace.”

Christine Ahn has been a strong and outspoken advocate for peace in Korea for nearly two decades, working for a formal end to the Korean War with a peace agreement, normalized relations, and tangible demilitarization on the Korean Peninsula. Ahn focuses on including women in the peace-building process by organizing initiatives, campaigns, and educational projects that encourage women to take an active leadership role. She has planned and participated in women’s peace walks across the demilitarized zone, traveled with delegations to provide humanitarian aid to North and South Korea, met with Korean leaders, and addressed the United Nations as well as the U.S. Congress and Canadian Parliament, challenging both governments on their anti-Korea, pro-war foreign policy. 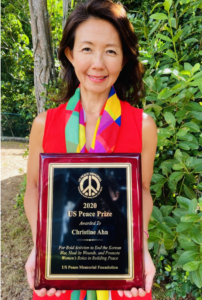 In celebration and furtherance of Ahn’s work, WCDMZ and CODEPINK- Women for Peace co-hosted a virtual event on November 11th, 2020. The event featured Ahn and Gloria Steinem, in conversation with CODEPINK Co-founder Medea Benjamin, on the role of feminist peacebuilders to advance a Korea peace agreement under the next administration and Congress. They also reflected on their 2015 journey across the De-Militarized Zone (DMZ) and the extraordinary transnational grassroots movement that has been built since to end to the Korean War and call for women’s leadership in peacebuilding. Moreover, the event also included a presentation of the 2020 US Peace Prize, by Michael D. Knox, Chair, US Peace Memorial Foundation.

Your ticket for the: WCDMZ’s Christine Ahn Announced Winner of 2020 US Peace Prize