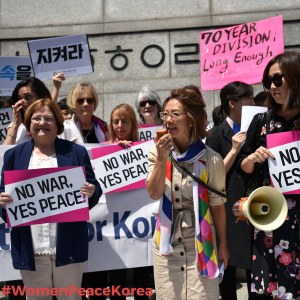 Channel grantee partners Women Cross DMZ and Women’s International League for Peace and Freedom, in collaboration with Nobel Women’s Initiative were chosen out of 1,000 applications by the NoVo Foundation to receive funding from their Radical Hope Fund in 2018.NoVo Foundation awarded them two million for their two year Women Led Korea Peace Treaty 2020 Campaign.

NoVo launched the Radical Hope Fund in July 2017 with a global call for projects grounded in new partnerships, bold experimentation, and a deep commitment to social justice. The Radical Hope Fund made grants to organizations driving systemic social change in communities around the world. The fund supported new partnerships and efforts that made it possible for organizations to go deeper and farther with connection, collaboration, and courage. 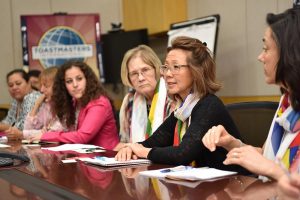 NoVo described the award thusly: “recognizing the vital role women play in resolving conflicts, [these] feminist peace organizations will collaborate to influence the current negotiations around formally ending the Korean War with a peace process by 2020. The campaign presents a critical opportunity to not only advance peace on the Korean Peninsula, but also redefine global national security discourse away from a militaristic paradigm dominated by white, male, paternalistic, Cold War era experts toward a vision of a feminist foreign policy based on genuine human security, justice, ecological sustainability, and peace. Radical Hope support will be used to provide a platform to mobilize grassroots communities in partnership with experts on women’s human rights, legislative advocacy, Korean history and politics, nuclear disarmament, humanitarian aid, and sanctions to be part of a global, collective effort to realize lasting peace on the peninsula.”

Your ticket for the: Radical Hope Fund Award