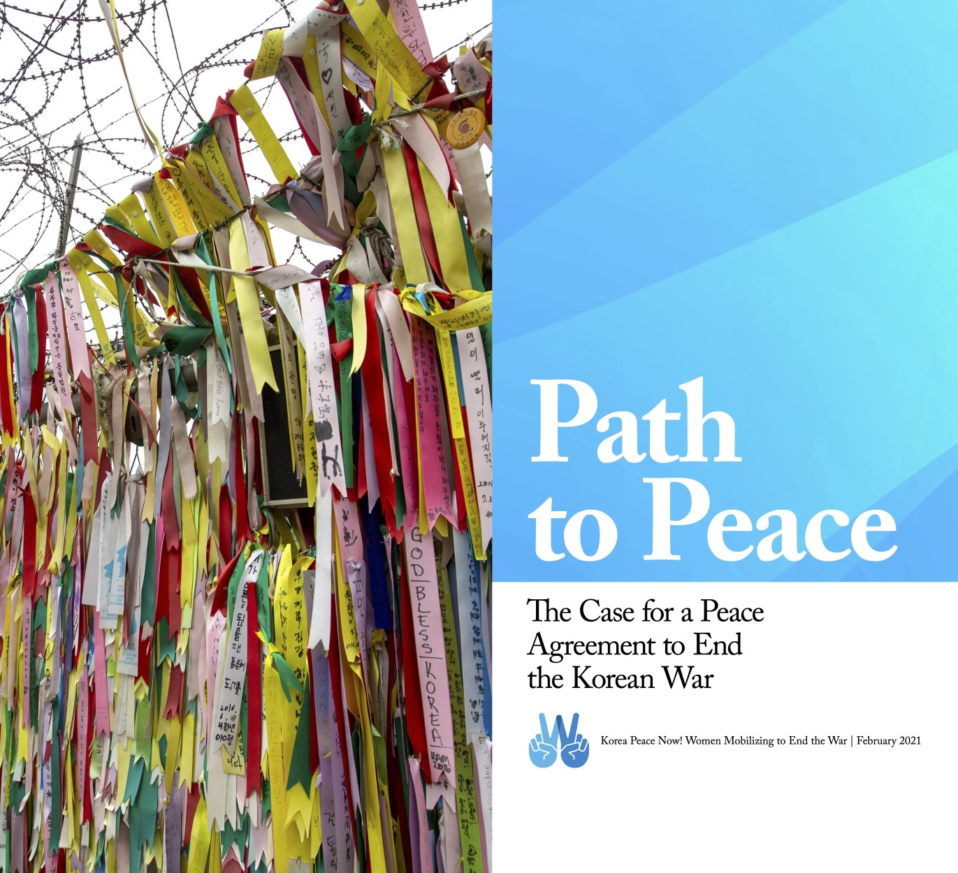 In February 2021, a new report, Path to Peace: The Case for a Peace Agreement to End the Korean War (PDF), released by Korea Peace Now! — a global coalition of women’s peace organizations — and co-written by Christine Ahn, co-founder of Channel grantee partner Women Cross DMZ (WCDMZ), explores how a peace-first approach can resolve the security crisis on the Korean Peninsula.

The report makes the case that a peace agreement to end the Korean War would lower tensions and make room for progress on issues such as improved human rights and denuclearization. With negotiations between the United States and North Korea at a standstill, there is an urgent need for a new approach. Rather than rely on more threats and pressure-based tactics, which have failed to deter North Korea’s nuclear ambitions, the United States should instead work toward the immediate signing of a peace agreement in order to finally end the 70-year-old Korean War, the authors argue.

The report is the collective effort of more than a dozen people who invested many months of writing, research, and discussion. It also includes external contributions from leading Korea experts Jessica Lee, Daniel L. Davis, Hazel Smith, and Adam Mount supporting a peace-first approach.

Several members of Congress have already voiced their support for the report, including Representatives Barbara Lee, Ilhan Omar, and Jan Schakowsky.

“Maintaining the status quo between the United States and North Korea is unsustainable, dangerous, and costly,” said Christine Ahn, co-founder and Executive Director of Channel grantee partner Women Cross DMZ (WCDMZ) and a co-author of the report. “A peace agreement is the most realistic and effective way to solve one of the United States’ most intractable foreign policy challenges.”

“Women want peace on the Korean Peninsula, and studies show that our involvement in peace negotiations improves outcomes,” said Youngmi Cho, Executive Director of the South Korea-based coalition Korean Women’s Movement for Peace, and one of the authors of the report. “For the Korea peace process to be successful, women must be at the table.”

In related news, Channel grantee partner  Women Cross DMZ (WCDMZ) recently helped organize an effort of 389 groups to sign onto a statement urging the Biden administration to suspend the annual US-South Korea combined military exercises as a crucial step toward restarting diplomacy with North Korea. The statement was widely covered by South Korean media, and Veterans for Peace member Ann Wright wrote an op-ed on the topic in Truthout, which was also featured in the American Foreign Service Association daily digest.

Your ticket for the: New Report Out on a Peace-First Approach to Resolving the Korean Crisis