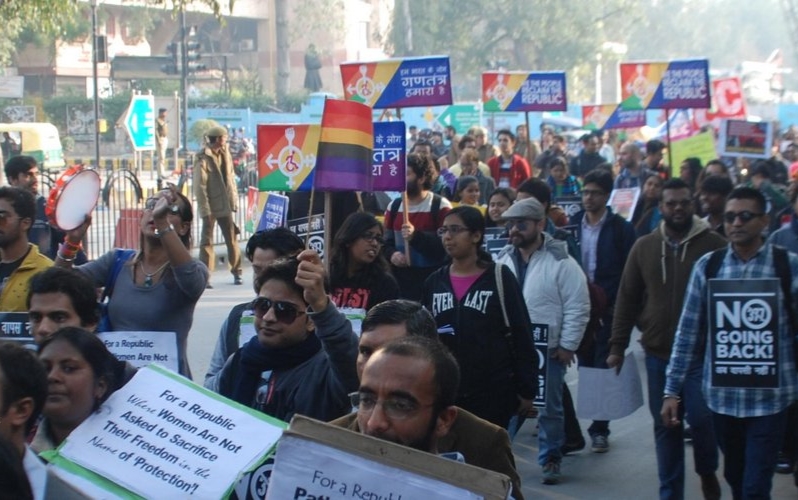 On September 6, 2018, the Supreme Court of India made the ground breaking decision to decriminalize homosexuality by striking down Section 377 of the country’s penal code, which made private consensual sex between adults of the same sex a crime. This decision comes after a 24-year struggle that began in 1994 when ABVA, India’s first AIDS activist movement, filed a petition asking for the repeal of Section 377.

Channel partner CREA played a key role in this struggle as a founding member of Voices Against 377, a coalition of human rights, women’s rights, queer rights, and child rights groups based in Delhi. This coalition filed an intervention in 2006 in support of the Naz Foundation, which had filed a petition in Delhi High Court seeking the legalization of homosexuality.

Voices Against 377 and the other groups working with them faced many obstacles in the fight to get Section 377 removed. Most notable of these obstacles was a 2013 Supreme Court decision to uphold the constitutionality of Section 377, even after the Delhi High Court had overturned the law in 2009.

This meant homosexuality was once again considered criminal conduct in India. Though disappointing, this setback re-energized CREA and their partners in their continued fight for LGBTI rights. The Supreme Court’s decision on September 6 represents a historical victory for human rights in India and a source of hope for the advancement of LGBTI rights globally.

Your ticket for the: India Decriminalizes Homosexuality