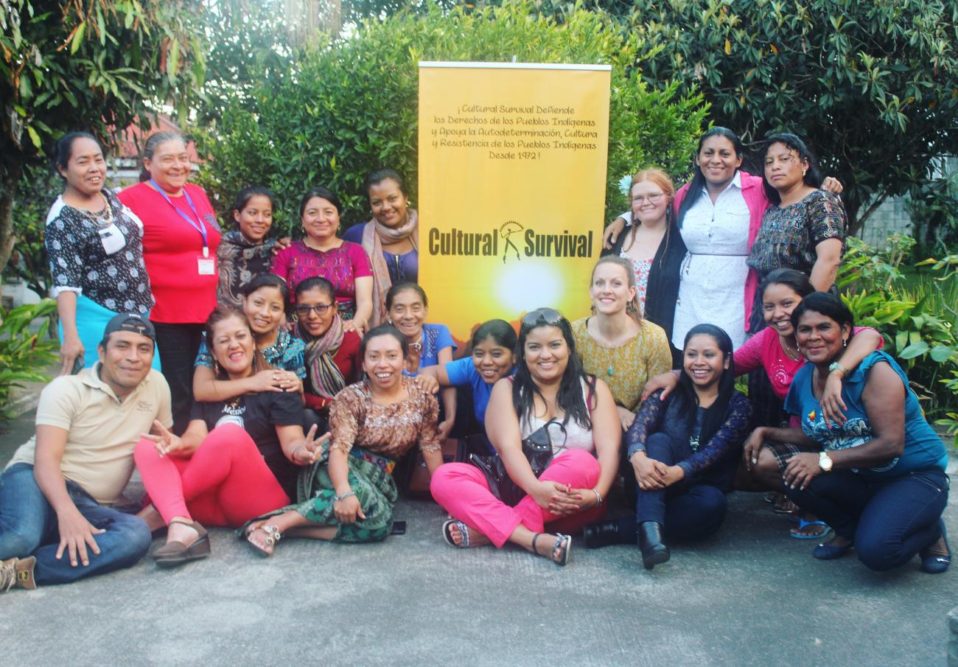 On March 16–20, 2017, 16 Indigenous women community journalists, ages 19 to 54, from Guatemala, Nicaragua, Honduras, El Salvador, Costa Rica, and Panama gathered in Guatemala City to strengthen capacities in radio production and exchange experiences, all within the framework of a critical analysis of discrimination faced by women.

This process of professional capacity building, developed by Cultural Survival with the support of the Channel Foundation, had the objective of strengthening the visibility and leadership capacity of women journalists for the development of their own radio spaces and the promotion of actions in favor of gender equity and non-violence.

In September 2017 two additional training projects were held in Guatemala and Nicaragua that were aimed at strengthening the participation of Indigenous women in community radio in Central America.

Your ticket for the: Women Out Front: Indigenous Community Radio Workshop