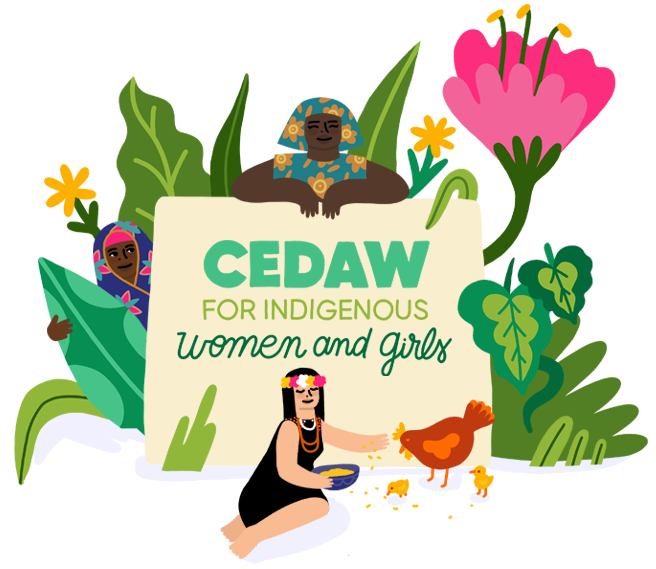 General Recommendations serve a purpose: the CEDAW Committee makes recommendations on any issue affecting women to which it believes the States parties should devote more attention.

In advance of the official Recommendation release, Indigenous women’s groups made concerted efforts to strategize about how best to ensure that it translates into something concrete that Indigenous women and girls in all their diversity around the world can use for their activism and advocacy efforts.

FIMI created a website to pull together resources about what CEDAW can mean for Indigenous women and girls.

The Women’s Human Rights Institute (WHRI) has a history online which details the way a broad alliance of organizations together embarked on a process to campaign for the CEDAW Committee to adopt a General Recommendation on Indigenous Women.  Initially known as the Indigenous Women’s Alliance for CEDAW, this coalition grew out of the synergy between the existing work of the collaborating organizations and the collective knowledge-building undertaken together to explore the ways in which CEDAW and women’s human rights tools and standards could be mobilized to better support the struggles of Indigenous women.

Madre also created a website with background info and the opportunity to take action.

Your ticket for the: CEDAW Committee Adopts General Recommendation on Indigenous Women and Girls