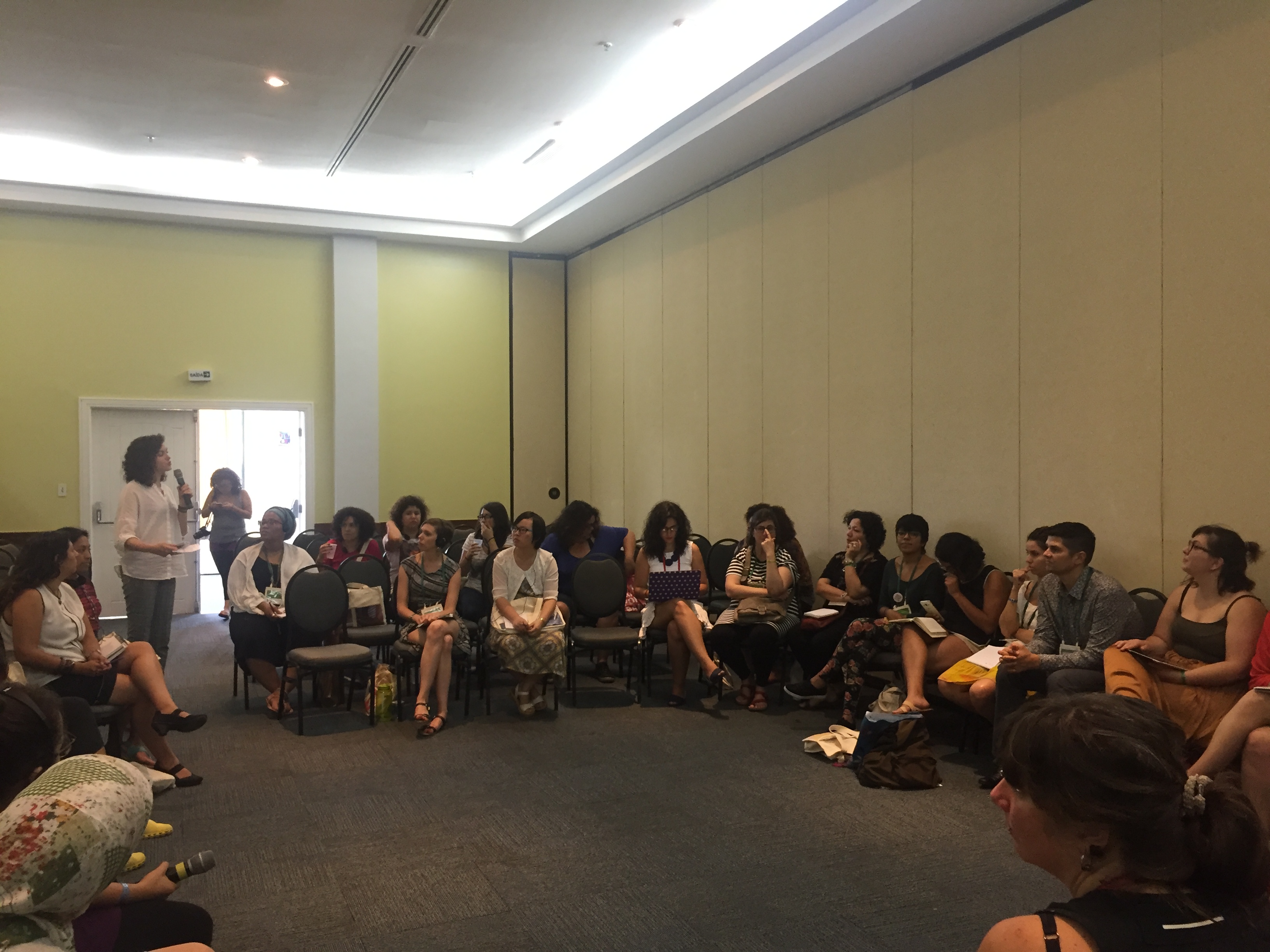 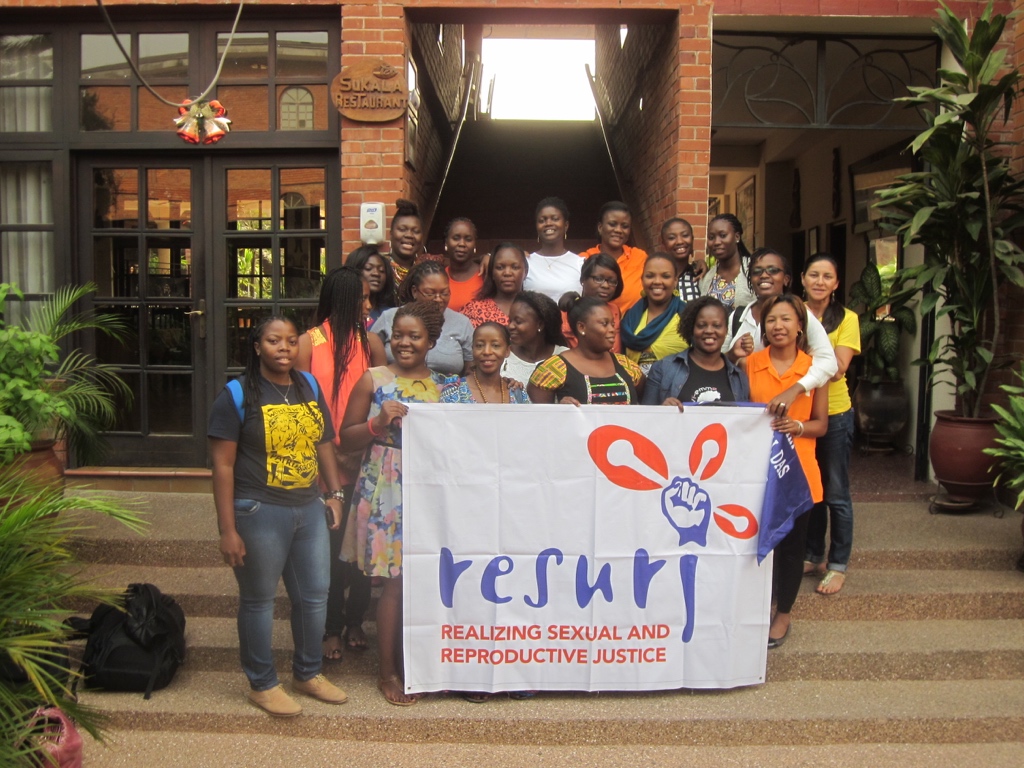 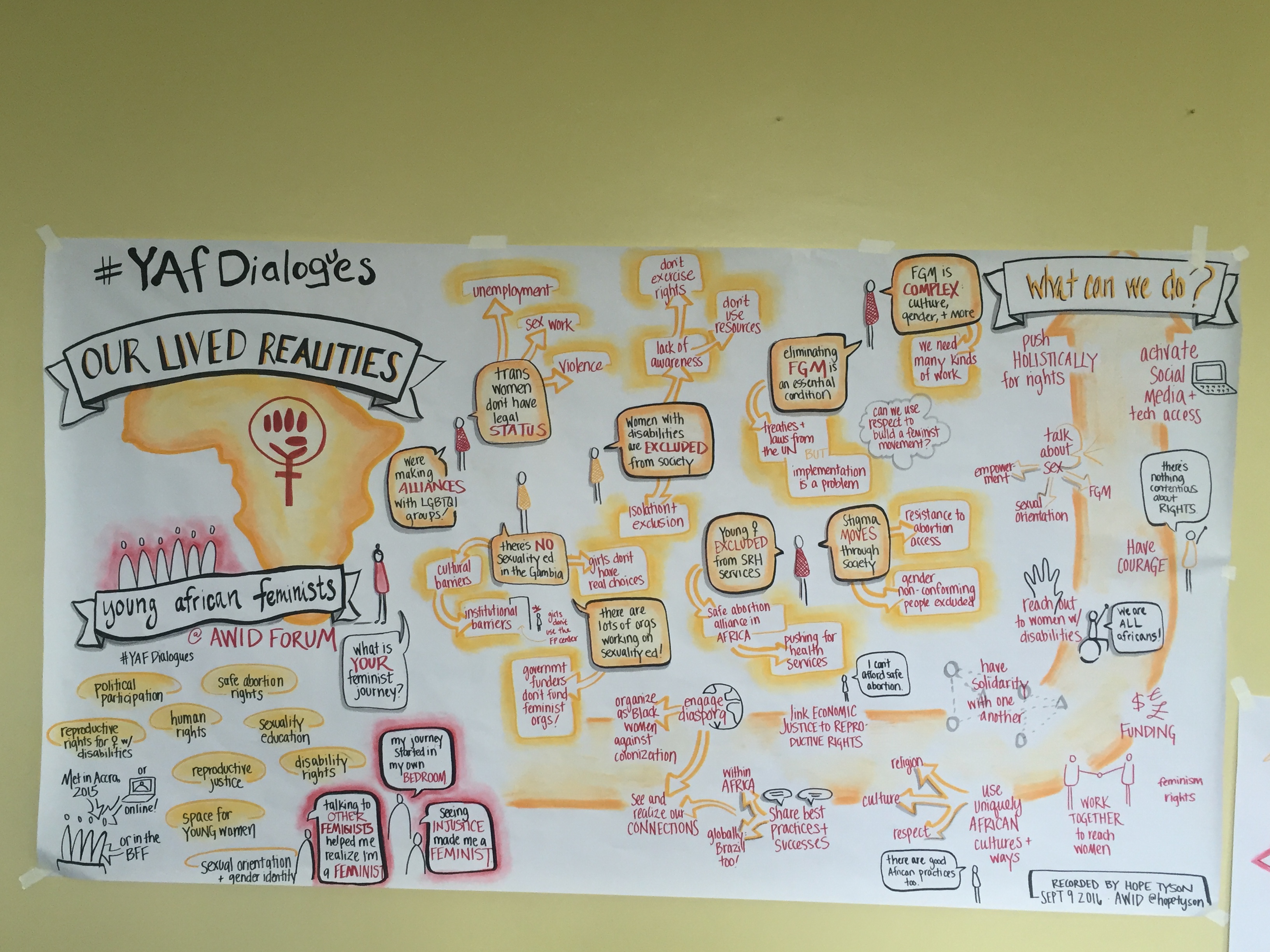 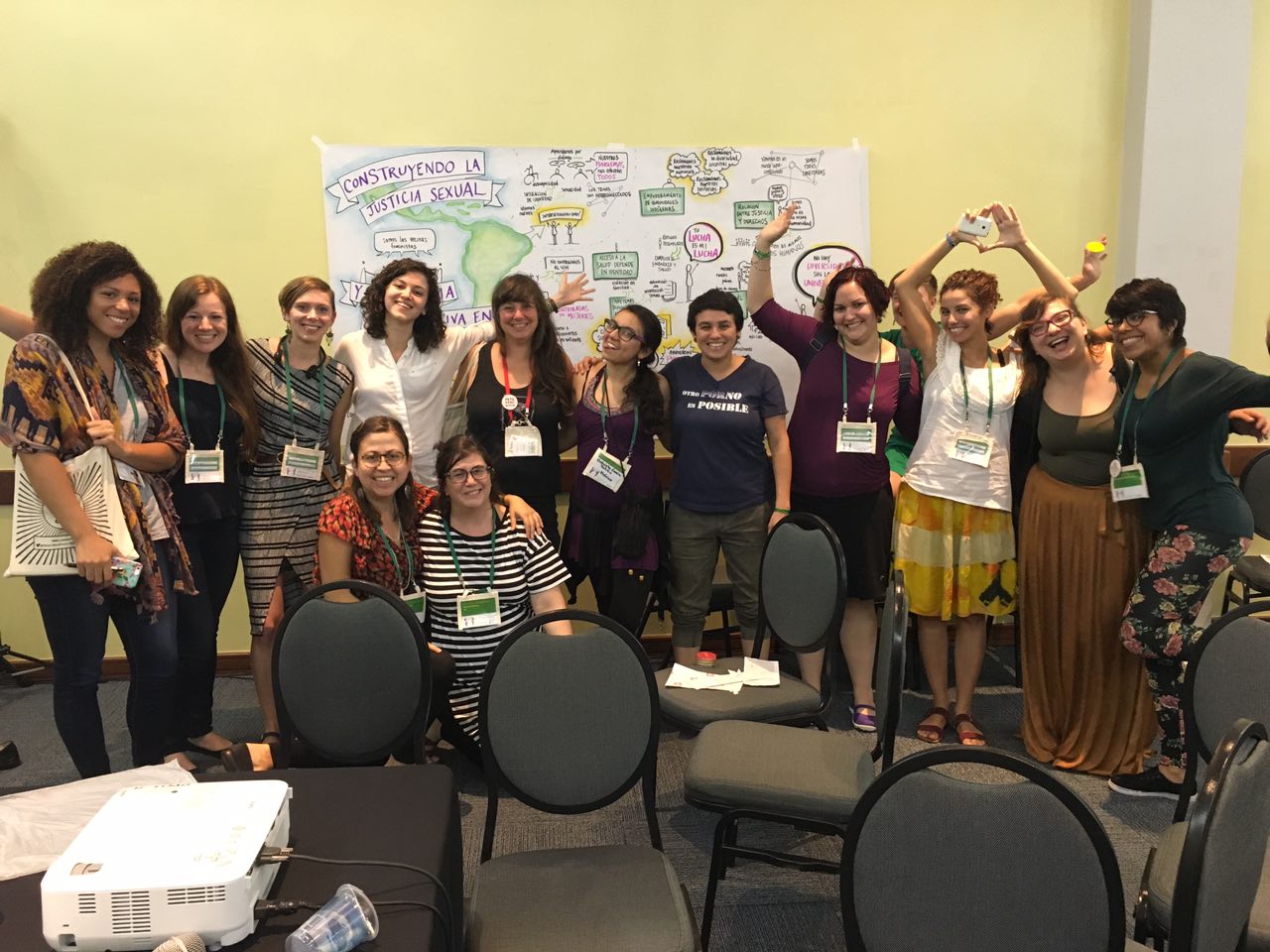 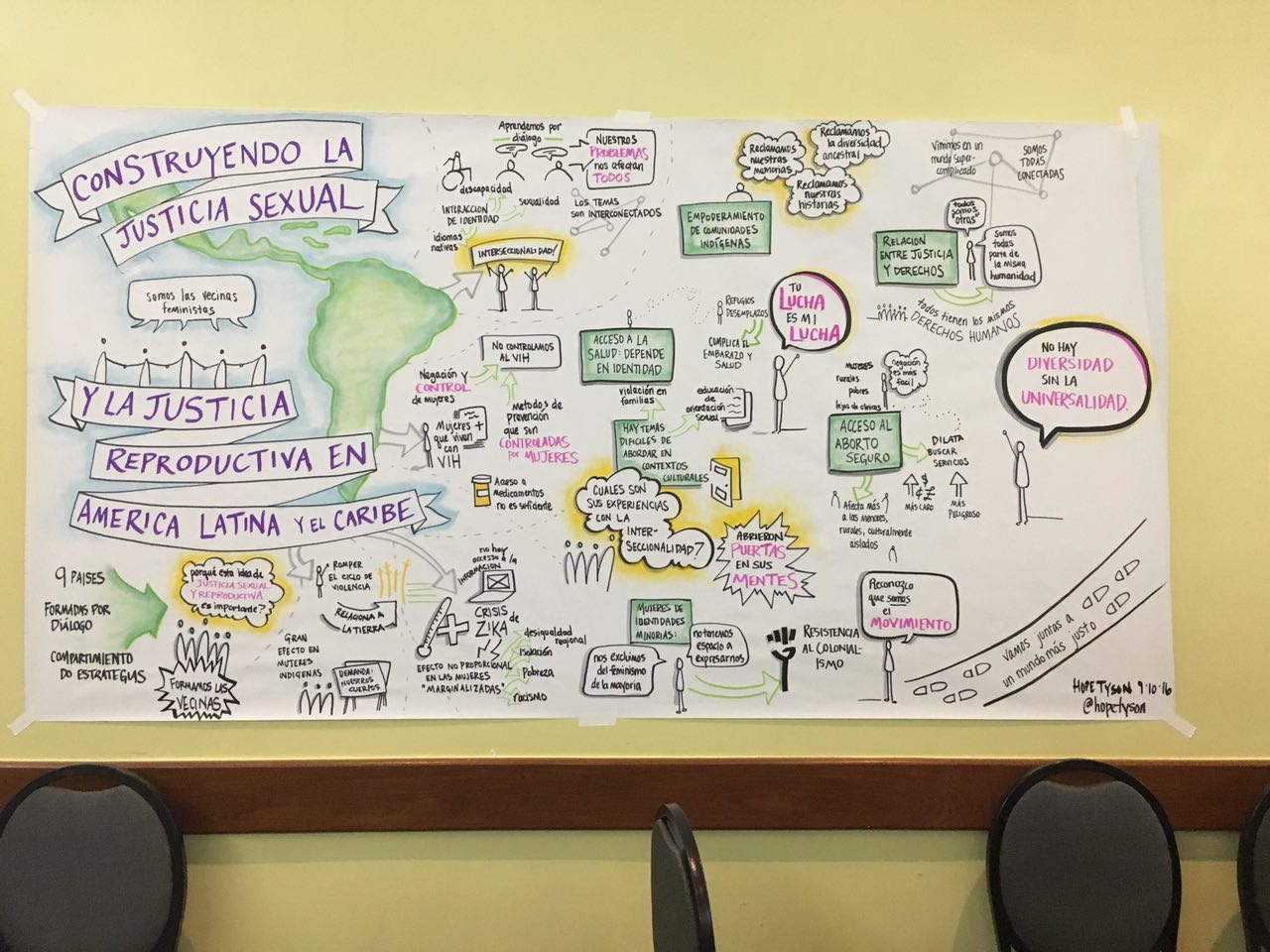 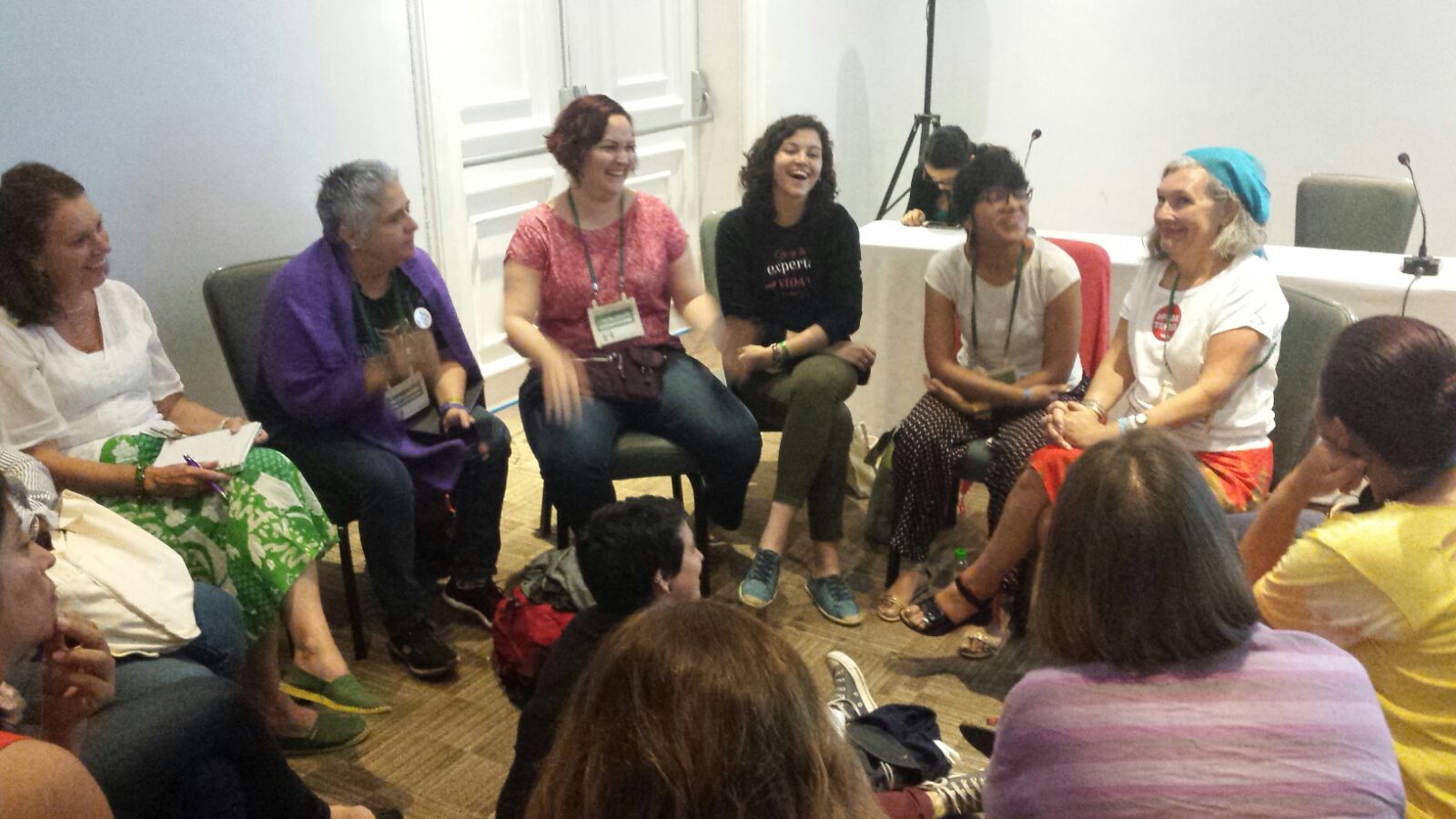 2021-24: Channel made a three year general operating support grant to the RESURJ Alliance (via The Praxis Project Inc., fiscal sponsorship program) for their long-term goal of amplifying the voices and strengthening the advocacy capacity of RESURJ members and young feminist allies and their organizations in Africa, Asia, Pacific, South West Asia, Latin America, and Caribbean, who are advocating for sexual and reproductive justice in their communities, countries and regions.

2020: Channel made a general operating support grant to the RESURJ Alliance (via The Praxis Project Inc. fiscal sponsorship program) for this network of members and young feminist allies and their organizations around the world.

As an example of work RESURJ and its members are engaged in, the Injusta Justicia campaign exemplifies their efforts to illuminate the shortcomings of criminalization approaches. In April 2019, RESURJ partnered with Vecinas Feministas, Balance, and others to start and coordinate the new campaign which explores how the use of criminal law and protectionist laws affects the sexual autonomy of adolescents in their diversity. Fundamentally, the campaign shifts the norm of generalized discussions to a focus on amplifying concrete cases which give voice and space to individual stories; and also allow us to see in a tangible way what those laws and policies imply for a specific person.

“Injusta Justicia does not have or pretend to have answers. What we want is to deepen the debate around feminist strategies for the defense of sexual and reproductive rights, specifically around how we can build comprehensive approaches that guarantee the autonomy and sexual rights of adolescents and youth in the region. We want to continue thinking about how to build truly transformative alternatives. Injusta Justicia intends to be a space to have this debate that can no longer be postponed among the diverse feminisms in Latin America.” Click here to learn more about the campaign.

2018, 2019: Channel made annual grants to the RESURJ Alliance (via The Praxis Project Inc. fiscal sponsorship program) to continue supporting the strengthening of RESURJ’s 2015-2020 strategic plan and long-term goal to amplify the voices and strengthen the advocacy capacity of RESURJ members and their organizations in countries in Africa, Asia, Pacific, the Middle East and Latin America.

In 2020, funds supported RESURJ’s Pacific Intersectional Sexual and Reproductive Justice (SRJ) Dialogue, in collaboration with FIJI ally, Diverse Voices and Action for Equality (DIVA for Equality-FIJI). The Dialogue built on past work to build a Pacific sexual and reproductive health and rights Coalition.

In 2019, RESURJ carried out an in-depth assessment/evaluation of RESURJ convenings that have occurred since 2012. In addition, funds supported several RESURJ members who attended the first global Lesbian, Bisexual, Queer (LBQ) Conference in July 2019 along with the hosting of a workshop on North-South Feminist Organizing via methodology they have co-created.

Evaluating the added value of RESURJ’s convenings/dialogues to young feminists leadership development, and sharing [their] principles and practices of organizing — are critical to RESURJ’s mission to work to realize sexual, reproductive and gender justice through the meaningful participation of young feminists in shaping and advocating for transparent, accountable and sustainable development policies and programs.

2017: Channel made a grant to the RESURJ Alliance (via The Praxis Project Inc. fiscal sponsorship program) in order to support a Cross-Regional Dialogue in 2018 which brought together 20 feminist sexual and reproductive health and rights advocates from RESURJ partners, the Young African Feminists Dialogues, the Vecinas Feminstas in Latin America and the Caribbean as well as close allies from Asia, Pacific and the Middle East to participate in a 3-day workshop.

The goal of the Dialogue was to “connect and build cross- regional alliances with younger feminists from Africa, Asia, Latin America, Pacific and the Middle East working at the national and regional levels to strengthen cross-regional and cross- movement support for gender, sexual and reproductive justice in the context of the 2030 Sustainable Development Agenda.”

2016: Channel made a grant to RESURJ (via Ipas fiscal sponsorship) to support their communications work and a Spring 2017 meeting with members of the Young African Feminist Dialogues, a platform resulting from a workshop RESURJ hosted in Ghana in 2015. This workshop is part of RESURJ’s long-term goal to amplify the voices of young feminists from the Global South and strengthen the capacity of RESURJ members and their organizations in countries in Africa, Asia-Pacific, the Middle East and Latin America.

2015: Channel made a grant to RESURJ (via Ipas fiscal sponsorship) to support the strengthening of their communications work and a Breaking the Silos dialogue of RESURJ members at the AWID Forum in September 2016.

2014: Channel made a grant to RESURJ (via Ipas fiscal sponsorship) to support a regional meeting of young African feminists working on sexual and reproductive rights and health in Ghana in January 2015. The meeting’s purpose was to strengthen regional capacity for using reproductive justice analyses and arguments in policy debates.  In addition, they aimed to strengthen young African feminist voices for key global policy fora where the post 2105 development agenda was being articulated and defined.

2013: Channel made a grant to RESURJ (via Ipas fiscal sponsorship) so they could strengthen their Sexual and Reproductive Justice Communications Platform in order to create a wider network of information for advocacy on sexual and reproductive justice issues, primarily directed at young women. The RESURJ Communications Platform has multiple functions and serves as a central space for sexual and reproductive justice activists and women’s movements to “collaborate, share analysis and experiences, learn about the current contexts in different countries, discuss political and research strategies and stay informed about national, regional and global activities, political struggles, and actions.” In 2014 RESURJ launched their online Sexual and Reproductive Justice Resource Center and Feminist Voices Online featuring voices and perspectives from the Global South.

2012: Channel made a grant to International Women’s Health Coalition (IWHC) to support Realizing Sexual and Reproductive Justice (RESURJ), an international alliance of feminist activists seeking full implementation of international commitments to secure all women’s and young people’s sexual and reproductive rights and health by 2015.  RESURJ created a 10 point action agenda focused on the International Conference on Population and Development (ICPD) +20 and Millennium Development Goals (MDG) processes. It strives to ensure that young women’s voices are included in critical sexual and reproductive policy fora in meaningful ways.  RESURJ held a Retreat and Global Strategy meeting in Manila, the Philippines, in November 2012.

2018: During the Commission on the Status of Women in March 2018, RESURJ hosted South Feminists to create a Manifesto for South Feminist Organizing. The Manifesto is “an attempt at mapping [their] political imaginings and aspirations for South feminist organizing across generations, movements and struggles.”

Your ticket for the: RESURJ Alliance