Women’s Leadership in the Great Lakes of Central Africa 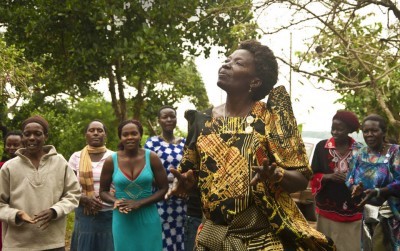 The Great Lakes Region of Sub-Saharan Africa has witnessed egregious violations of women’s rights in the context of inter-state wars, foreign intervention in Congolese politics, and gross state mismanagement. These realities, combined with the intense demand for the Democratic Republic of the Congo’s natural resources in the global economy, have resulted in perpetual tensions that curtail development locally.

Following introductory remarks by Ambassador Roger A. Meece, former ambassador to the Democratic Republic of the Congo, join the World Affairs Council, the Global Fund for Women, the Channel Foundation, and Northwest Global Donors Exchange for a luncheon with Whitney Williams, founder and CEO of williamsworks, and Muadi Mukenge, program director for Sub-Saharan Africa for the Global Fund for Women, to discuss groundbreaking initiatives focused on making lasting change in the Congo, including the Great Lakes Women’s Platform. 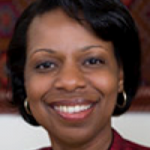 Originally from the Democratic Republic of Congo, Muadi brings a background in women’s health, African politics and economic development and frequently advises donors on their Africa programs. Since joining the Global Fund in 2004, Mukenge has increased grants in the areas of conflict-prevention, empowerment of rural women, and expansion of grants to French-speaking countries. She has led the deepening of support to the women’s movement in the Great Lakes Region (DRC, Burundi, CAR), and facilitated GFW grantee convenings in DRC and throughout Africa. Muadi presents often, including at international conferences and media outlets. She is a past Board member of the African Studies Association and New Field Foundation and is currently a Board member of Priority Africa Network. Prior to joining the Global Fund in 2004, she worked at the Pacific Institute for Women’s Health, Coro Southern California, and the African Studies Center at UCLA. Mukenge holds a Master’s Degree in African Studies from UCLA and is a member of the UNWomen Civil Society Advisory Group for West and Central Africa. 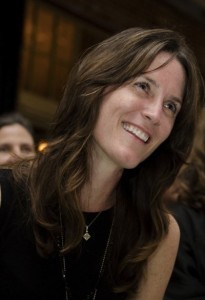 A lifelong advocate for social justice and a believer that anything is possible, Whitney is Founder and CEO of williamsworks, an action-oriented consultancy created to amplify and accelerate social impact in the world. Whitney has worked with some of the world’s most influential philanthropists, corporations, and NGOs to tackle problems on both a global and local scale. With an extensive network, coupled with more than a decade of global development experience, Whitney specializes in building strategic advocacy and philanthropy solutions amidst political and economic complexities.

Whitney is co-founder and vice chair of the board for Eastern Congo Initiative, a U.S.-based advocacy and grant making organization focused solely on working with and for the people of eastern Congo. Together, with co-founder Ben Affleck and the ECI team, Whitney oversees millions of dollars in grants to local Congolese organizations, as well as a broad U.S. and international advocacy agenda to drive the policies needed for lasting change in the Democratic Republic of the Congo.

Register for Event: Women’s Leadership in the Great Lakes of Central Africa

Your ticket for the: Women’s Leadership in the Great Lakes of Central Africa

Women’s Leadership in the Great Lakes of Central Africa