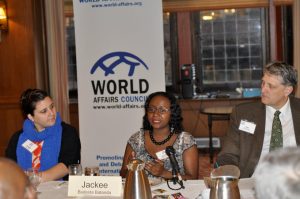 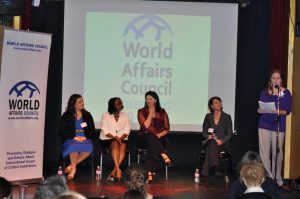 The panel presented these women and their work to help expand the voices of women around the world. Cristi Hegranes discussed the work of the Global Press Institute in training women to become journalists who can speak up about issues that are not covered by mass media. Jensine Larsen spoke on World Pulse’s efforts to provide access for women to become grassroots change leaders  by providing media and training to allow them to talk about their communities. Jackee Budesta Batanda talked about her on-the-ground experiences as she has worked to tell the world about under-reported issues in Uganda.

Register for Event: Global Social Change through Women in Media

Your ticket for the: Global Social Change through Women in Media