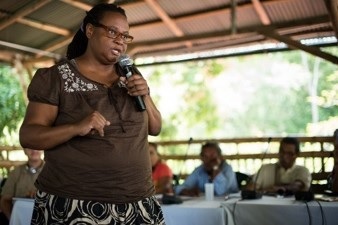 On November 16th, 2015, the Channel Foundation along with grantee partner the Fund for Global Human Rights and others welcomed two globally renowned environmental justice leaders to Seattle: Berta Cáceres, winner of the 2015 Goldman Prize, the world’s largest environmental prize, and Miriam Miranda, winner of the 2015 Food Sovereignty Prize. The events offered Seattleites a chance to learn from these incredible activists about how they fought to defend the rights and natural resources of indigenous peoples in Honduras despite death threats, false arrests and kidnapping.

The activists spoke to several different audiences in different locations:

Indigenous Environmental Activism in Central America: A Conversation with Award-Winning Activists (with the University of Washington’s Department of Latin-American and Caribbean Studies and the Center for Human Rights) 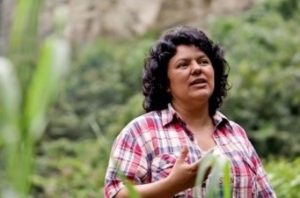 Berta Caceres shared how she, with her organization Consejo de Organizaciones Populares y Indigenas de Hondures (COPINH), rallied the indigenous Lenca people of Honduras–a country with massive socioeconomic inequality and human rights violations–and waged a grassroots campaign that successfully pressured the world’s largest dam builder to pull out of the Agua Zarca Dam. (Tragically Berta was assassinated a few months after these events on March 3rd, 2016. Global news continues to cover her killing and the search for justice. Channel co-hosted a memorial event on April 25, 2016.) 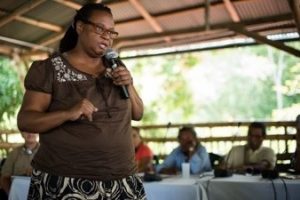 Miriam Miranda, leader of the Honduran Black Fraternal Organization (OFRANEH), has braved detention, tear-gas burns and beatings at the hands of police during her work with the 46 communities of the Afro-indigenous Garífuna of Honduras to defend their territories, natural resources, identity, and land rights.