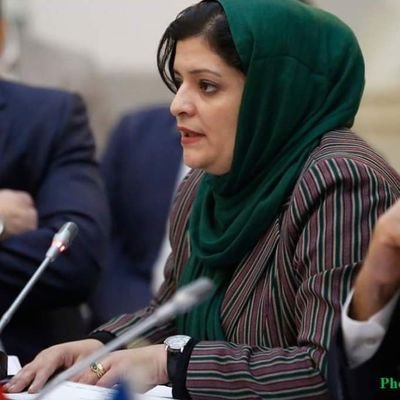 In August 2020 Yaftali was appointed as one of only eight women (and one of the few civil society activists) to the newly established High Council for National Reconciliation by Afghan President Ashraf Ghani to facilitate the Intra-Afghan Peace Talks.

Yaftali has been a tireless advocate for women’s inclusion in decision-making at the national level and has produced important intersectional legal research on violence and discrimination against women and girls in Afghanistan. In addition to working with WRN Afghanistan, Ms. Yaftali serves as Director of the Women and Children Legal Research Foundation. She has 12 years of experience working as a Women and Children’s Rights Defender and among her many accomplishments is the criminalization of sexual harassment against women and children in Afghanistan. Yaftali and her team also conduct field research investigating why girls are out of school in Afghanistan.

As a recipient of the N-Peace Award, Yaftali joins other grassroots activists, prominent campaigners, and up-and-coming young peace advocates who affirm the important role of women in the prevention and resolution of conflicts, peace negotiations, peace-building, peacekeeping, humanitarian response and in post-conflict reconstruction. The WPS agenda that Yaftali promotes also highlights the importance of women’s equal participation and full involvement in all efforts for the maintenance and promotion of peace and security and the need for gender perspectives in all UN  peace and security efforts.

Your ticket for the: Afghan WRN Leader Granted N-Peace Award