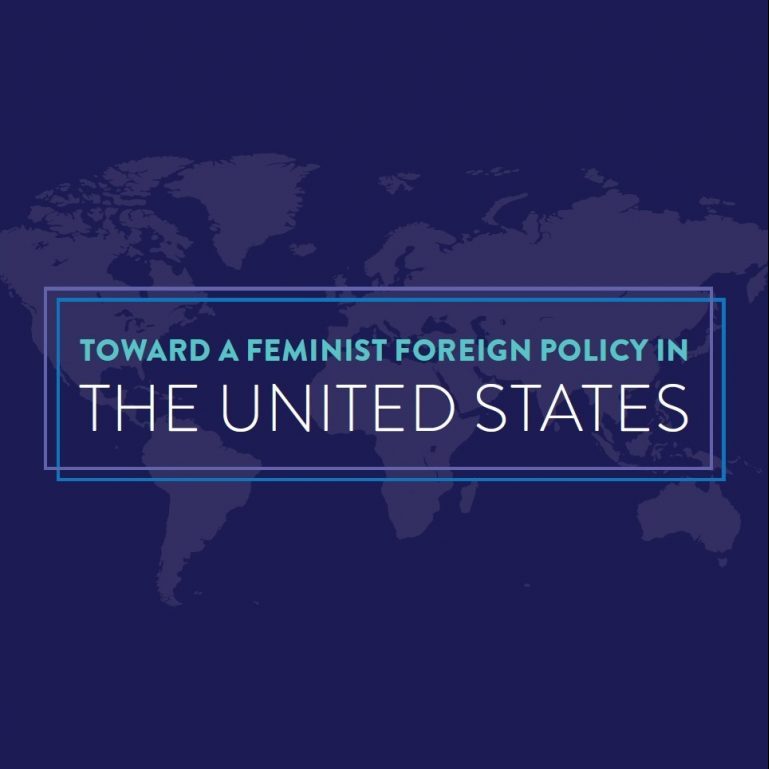 On May 21, 2020, a groundbreaking new report, “Toward a Feminist Foreign Policy in the United States,” was launched by the International Center for Research on Women (ICRW) alongside more than 50 leading humanitarian, foreign policy, and women’s rights groups including Channel grantee partners Global Fund for Women (GFW), the International Civil Society Action Network (ICAN), and Urgent Action Fund for Women’s Human Rights (UAF) who endorsed the effort to provide a collective vision for a feminist foreign policy.

Feminist foreign policy advocates for a transformative and rights-based approach for a nation’s foreign policy that places people, peace, and planet above profit and individual interests.  Beginning in 2014, Sweden, and then Canada, France, Luxembourg, and Mexico have announced formal feminist foreign policies.  The ICRW report lays out a blueprint for what it would look like for the U.S. to reimagine its own foreign policy.

Released after years of research, ICRW’s report draws on global consultations with more than 200 feminist activists from over 40 countries to gather insights toward defining a gold standard for feminist foreign policy globally and in the U.S.  The research group spent months gaining insights on issues that had been overlooked in its initial draft: humanitarian assistance, immigration policy, nuclear policy, and points of intersection between feminist agendas at home and abroad. The final report has culminated in a vision, articulated in concrete recommendations, for a forward-thinking U.S. foreign policy that promotes gender equality, human rights, peace, and environmental integrity.

According to the report “an intersectional, feminist lens on foreign policy would help redefine ‘security’ to include the ability to live free from violence, persecution, climate impacts and economic exploitation. And it would incorporate a diversity of perspectives and center the voices of those most impacted.”

Your ticket for the: “Feminist Foreign Policy in the United States” Initiative Launched