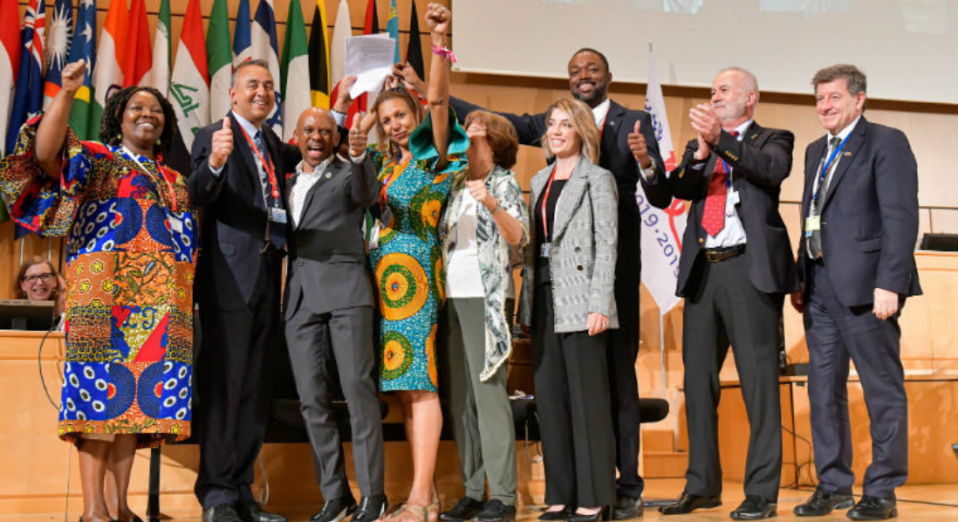 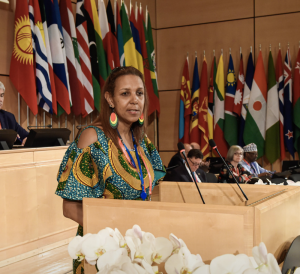 his historic new Convention establishes a uniform set of minimum standards to prevent, identify, and provide redress in cases of gender-based violence in the world of work. It is a milestone for women’s rights from the efforts of women workers themselves, and a necessary step to ensure women’s right to work in addition to decent conditions of work, and ultimately to achieve equality.

Channel grantee partner, Center for Women’s Global Leadership (CWGL), advocated and cultivated support for the adoption of the convention by harnessing the power and leveraging the reach of the established 16 Days Campaign.  In 2018, the 16 Days Campaign joined the global call for an ILO convention to end violence and harassment in the world of work, launching the #ILOendGBV hashtag and raising awareness of the importance of the convention. As part of CWGL’s effort to build on the momentum of the campaign, moving from “16 to 365,” they continued their advocacy for the ILO convention throughout the year, focusing first on the adoption of binding standards, and then mobilizing to demand ratification of the convention in countries globally.

To support this effort, the CWGL launched a Sector Focus Initiative to highlight the violence and discrimination faced by women in various labor sectors through a select curation of reports, multimedia, and news items in order to build an evidence-based case for the need for a strong ILO convention on violence and harassment in the world of work. This was particularly important as the draft convention continued to fall short on key issues, including a broad definition of “worker” and including domestic violence as a world of work issue.

Despite the adoption of the instrument, CWGL is urging for more meaningful action. It is essential that gender-based violence and harassment in the world of work be recognized and addressed as a human rights violation. In doing so, CWGL is continuing its #ILOendGBV campaign by through a toolkit that offers feminists and women’s rights organizations a guide to understand the ILO’s convention to end violence and harassment in the world of work. Among much else, the kit is equipped with tools and resources for advocating with governments to support the ratification of the convention. 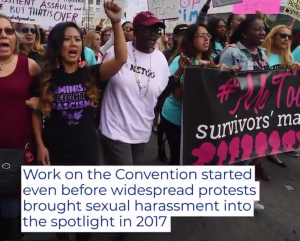 Similarly, the MeToo movement played a critical role in gaining support for the Convention. ILO director-general Guy Ryder stated, “the momentum and the significance of this process has been accentuated by the #MeToo movement.” “For the very first time … the international community has equipped itself with a global instrument to combat violence and harassment at work,” Ryder said. 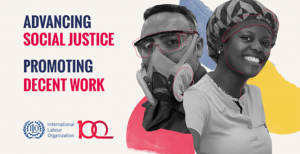 To view the 100 year history of success and trials of the ILO, engage with it’s interactive timeline.

Your ticket for the: New ILO Convention on Ending GBV in World of Work Adopted